Rice has been cultivated for more than 3,000 years and is a staple in Japan. Rice yields were a measurement of a lord’s wealth in the Edo period. The amount of rice you receive each year determines the income of a person.

In the Japanese diet, rice has traditionally been the main-stay. Until the most recent times, with an occasional piece of fish, chicken or other meat many people ate only rice, vegetables and pickles. Successful cultivation has been a major concern throughout Japanese history, since rice provided most of the calories and a good portion of the vitamins and protein required for sustenance. Rice can been a rich food although since by eating the polished grain most people now miss most of the food value.

There are many ways to grow rice. Most of them require irrigation while some varieties demand little water. Most require little but some require extensive application of fertilizer. While some can be left to themselves much of the time but most are very labor-intensive. Against birds, insects and rodents most varieties require some protection. In rice varieties which require irrigation, large amounts of fertilizer, a great deal of labor, plus protection against predators, especially insects the highest yield per unit of land is seen.

In traditional times, labor, fertilizer and irrigation were the main variables to a successful rice crop. Since the right strain for the local conditions produced larger crops, the variety of the rice was also important. 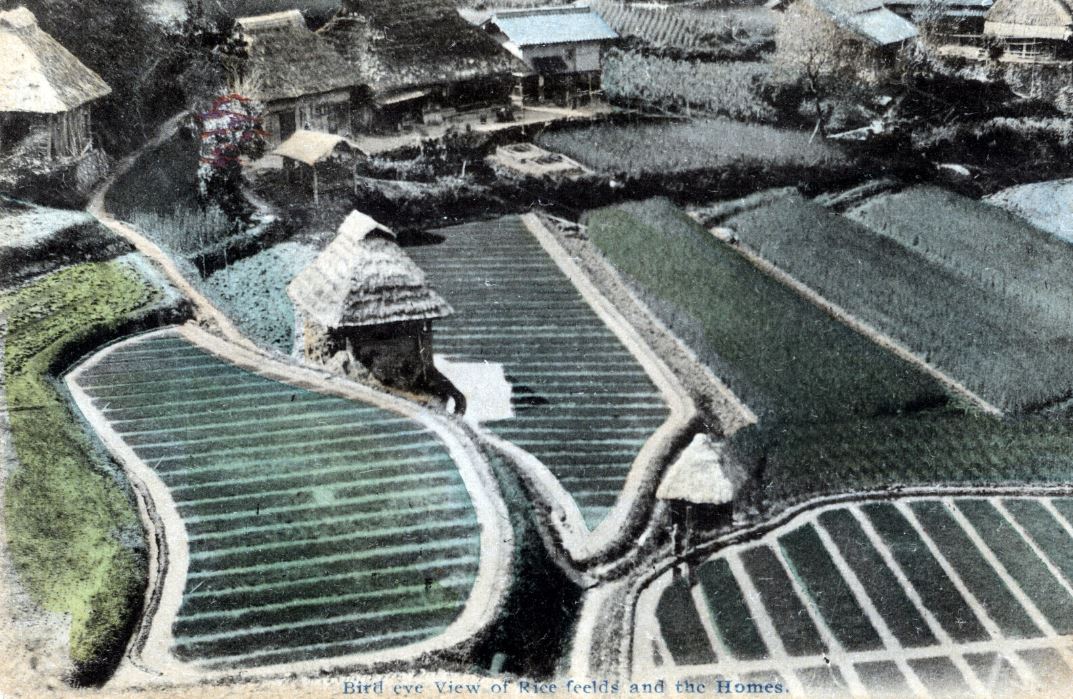 With some plowing, often using water buffalo, and flooding fields are prepared before the rainy season. The paddy is partially drained about a week or before planting, thus leaving behind a thick, muddy soup. Transplanted by hand, rice seedlings are grown in small area. Since because the young plants are less vulnerable to disease and weeds than the seeds, Seedling are planted instead of seeds.

Using methods that for the most part have remained unchanged for the last three of four thousand years, rice planting in much of the world is still done by hand. The foot-long seedlings are planted a couple at a time by bent-over planters who use their thumb and middle fingers to push the seedlings in the mud.

Rice planter generally go barefoot instead of wearing boots because the mud sucks the boots off since the sticky, black mud in the paddy is usually ankle deep, but sometime knee deep.

Negating the need flooded fields and nurseries to raise seedlings, In Aomori Prefecture farmers are planting rice seed directly into dry fields. Rice grows as nature intended since the seeds are planted deep into the soil. Much less labor is needed to grow it because planting a one hectare field take only an hour with a tractor. 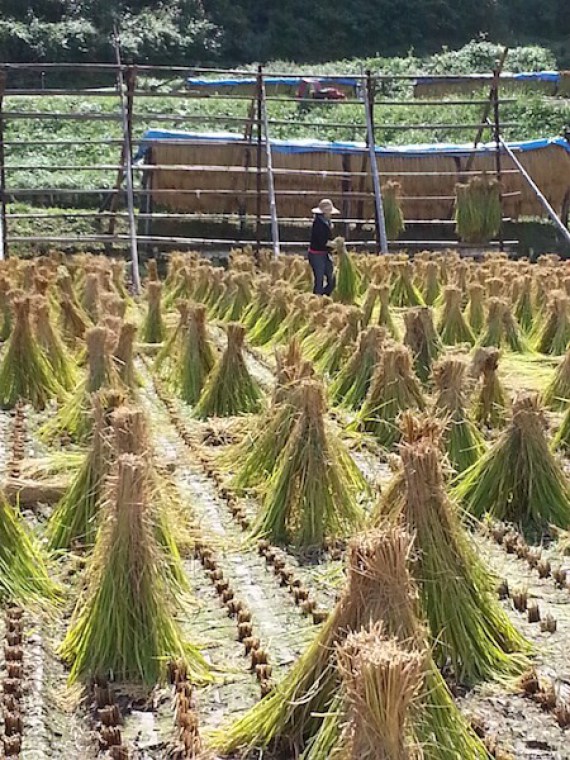 Farmers first have to create quality soil to create quality rice. When the Sakura start blooming this process begins and when the soil is deemed ready it ends. Depending on the region, the rice is then planted and will be ready to harvest. There is a traditional rice farming area called Kami-Cho in Hyogo Prefecture. It belongs to one of the top 100 most beautiful rice fields of Japan and has a terraced rice field. In early September the harvest for this particular rice field starts.

By using a piece of rope or a strong dried long leaf of the rice bundle the rice is then tightly bound. To make the remaining water can drip off onto the ground, the bundles are then placed rice down. 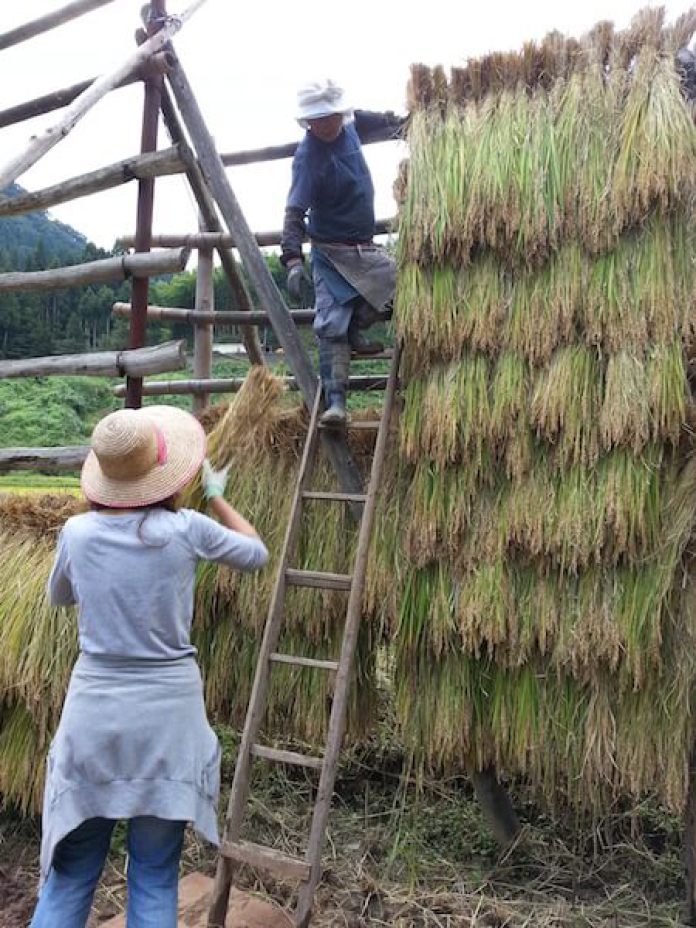 There are two ways to dry the rice:

It has been proven to make the rice taste much better by the second method. Since it depends on the weather it’s a very risky procedure. If there are long periods with lots of rain, the drying process is affected.

Teamwork is needed to dry the rice. One person has to climb up a ladder to reach the highest tier of the rice-drying rack while the other person throws the bundles of rice. All bundles are hung upside down and then the sun will do its work.

Depending on the type of rice and the farmer’s preference the time it takes for the rice to dry differs. But usually longer than one week the rice stays on the drying racks. 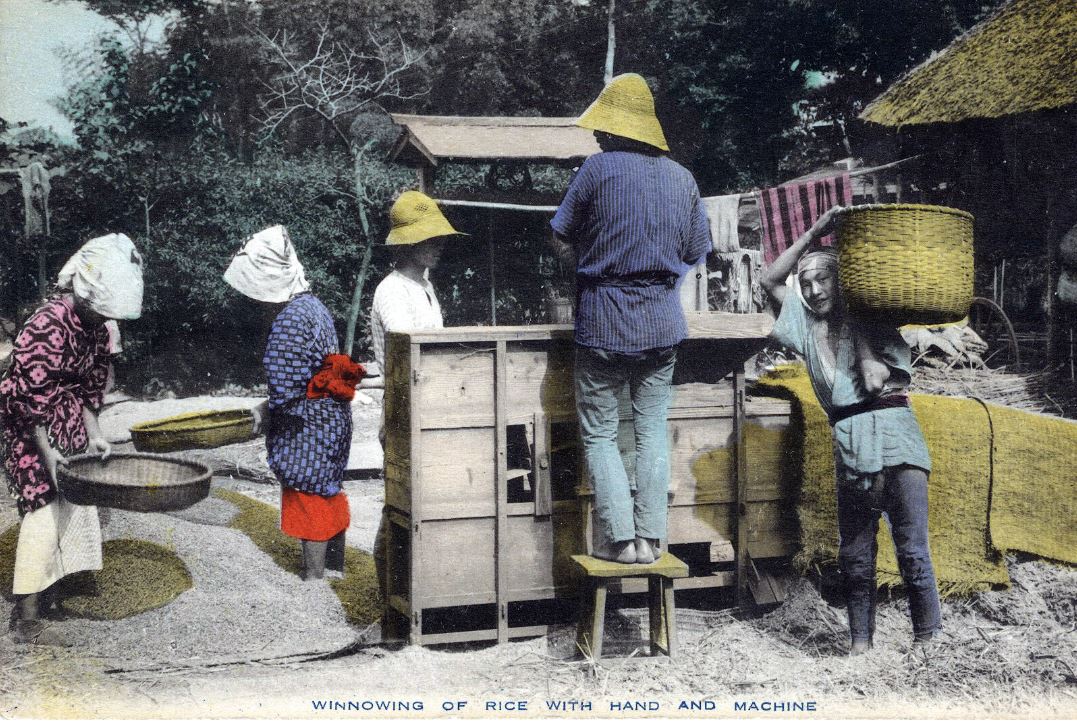 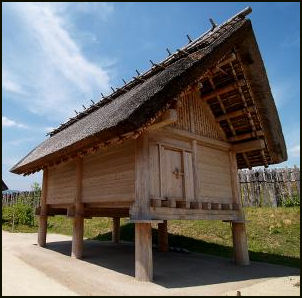