Business analysts forecast the "agri-tech" market is more exclusive for extensive growth in food production internationally over the decades ahead. U.N. World Food Programme experts states that as global population is expected to reach 9 billion by 2050, food needs would require a doubling of agricultural production.

"Agri-Tech" businesses are marketing a wide variety of products and services for meeting industry demands by offering technological solutions. The demands are to generally increase productivity, lower costs, use less resources such as energy, water and pesticides, and improve produce quality and availability.

Owing to ageing agricultural farmers there is also a strong demand for labor saving and assistive agricultural equipment driven by a different demographic trend. According to U.N. figures, the average age is 60 in developed countries, and where in Japan it has risen to 67.

For promoting farming automation technology in order to raise crop yields and make-up for workforce deficits a government initiative of 4 billion yen is budgeted over the year through March. Specifically to enable large reductions in manual farm labor, the financial subsidy supports the development of 20 robot types, such as devices which separate over-ripe fruits during harvesting. According to government estimates there is also a trend for farmland in Japan to be cultivated at around 50% today, leading to 80% by 2025 by "business farmers" and "agribusiness". 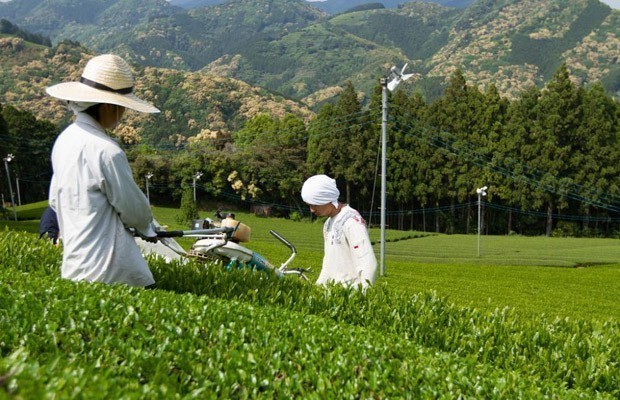 Both from the planting process to the harvesting process Japanese agricultural technology is arguably very comprehensive. Besides, the support of the government and researchers has the greatest influence on the success of agriculture in the country. This is the reason that many modern technologies is being applied to agriculture in Japan.

Here is the reason why the Japanese still number 1 in the game:

·         By their development in the field of research, especially in working on genetic engineering, Japan has high-quality food products. Though many other countries across the world are in beginning stage of development, Japan is the only country that has successfully maximized this genetic engineering.

2.  Use of a Growing Machine

·          Japan has a modern rice planting machine that has the name Rice Transplanter with this device that can facilitate farmers in placing rice, in addition to being easier, the tool used can deliver precise results. Though as like Japan India has started to develop a similar engine, but only a few farmers have used this technology and rest follows traditional one.

·         At present, the technology of self-propulsion Type has been implemented in almost all types of rice planting machines in Japan. This is the technology which can be operated by being driven or driven depending on the distance of the planting groove.

·         Most farmers in many countries in working on treatments such as spraying pesticides and fertilizer application are carried out by manual techniques and require a long time. All Japanese farmers showed the opposite. In this country, with the help of a tractor designed in such away that the provision of fertilizers and other treatments is only carried out by one person. With this machine, they only need shorter periods and are easier to maintain.

·         Rice harvesters named Indo Combine Harvester that already exists in India requires at least three people to operate it in the process of harvesting. But the technology from Japanese agriculture need only one operator to manage the agriculture tools. By using this tool, the activity is certainly more maximal. 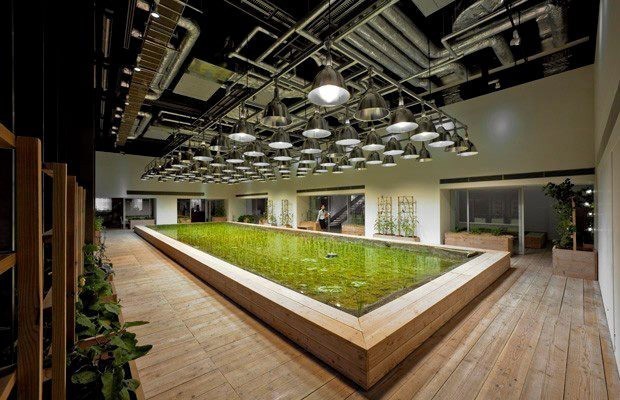 The City of Tokyo, is the largest metropolitan city in the world and most of Japan that has not a few skyscrapers. In such a city will anyone have a thought to make an agricultural land of large area? But yes, the farm area is inside the building.

Pasona Group has developed a rice field area and managing it which is called Pasona 2. This rice field is located in the basement of its 27-story building in the Business District area. The location of this rice field has become its uniqueness. It uses technology that can grow rice without sunlight and consists an area of 3000 m2.

In place of sunlight, such as the use of lights and temperature controllers that are arranged in a computerized manner by using modern technology can control rice plants grow well. Other than rice, Pasona 2 has at least 100 other types of plantations which includes fruits, vegetables, flowers, and various spices.

GRA Inc is also a medium-size Japanese business with an automated indoor greenhouse facility. It is in process of producing strawberries with a reliable quality and increased supply all year round.