Pikachu is one of the most loving characters not only in Japan but also worldwide. Creating and make that character was the most challenging and interesting part. Let us know something more about this interesting character.

There are many cool kinds of stuff in Japan amongst them Pikachu is one of them every year in Japan during the month of August there will be a festival like a scenario for one week in Yokahama, Tokyo where you can find Pikachu everywhere starting from Pikachu hats, posters, cuddly Pikachu, dancing Pikachu, tiny Pikachu everywhere only Pikachu.

There will be different shows throughout the week in which you will encounter with giant Pikachu’s jumping around the streets even night parties will also be with full of Pikachu. If you are planning to go japan during the month of August don’t forget to meet your childhood friend Pikachu in different sizes it will be too fun

Pikachu is a fictional creature appeared in popular animated TV show pokemon, comics, video games, movies, card games. This character was created by Atsuko Nishida and Ken Sugimori. It is one of the most powerful characters which was first appeared in red and green colour later after international release they changed it into yellow colour. This character is like a rodent with chubby cheeks, big eyes, large ears and have special powers of electricity.  Based on Pikachu there is an animated movie in which the role of the Pikachu is detective voice-over by Ryan Reynolds (Canadian actor). This movie was released in 2019 the movie name was Pokemon detective Pikachu in which Ikue Otani provided the character's voice just like in the anime.

Pikachu is one of the major characters of the Pokémon anime series and became an icon for Japanese pop culture in recent years. 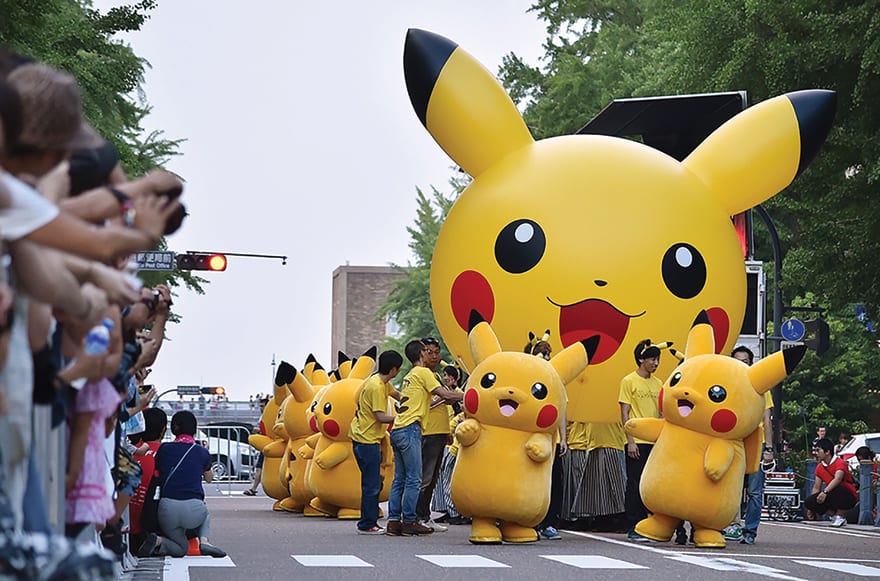