Photography And their etiquette in Japan

In Japan, Photography became more popular these days but there are many things you should acknowledge before shooting picture or video in those places, lets know more about it.

In Japanese, the word for “photograph” is “Shashin”. it's created of 2 ideograms, “sha” that means “to reproduce” or “reflect” and “shin” which implies “truth”. Therefore, within the Japanese mind, the method itself consists in capturing the reality, or the essence of the matter and “making a copy” of it on a surface. Consequently, the result can continuously contain a definite part of the truth. Since the arrival of photography, this manner of seeing things has become commonplace throughout the globe, however in only a few languages is that the conception expressed with such clarity. If we have a tendency to take as a premise the concept that Japanese photography is that the fruit of a large number of reactions, starting from fellow feeling to mistrust, to the current method of “reproducing the reality,” it becomes easier to realize a more robust understanding of its astonishing diversity.

Before you visit japan you should know about the etiquettes of photography and their laws. Every country has some photography restriction places so do japan also has where you have to obey the rules and regulation otherwise you may be in trouble, some of the basic restriction and their etiquettes are as follows. 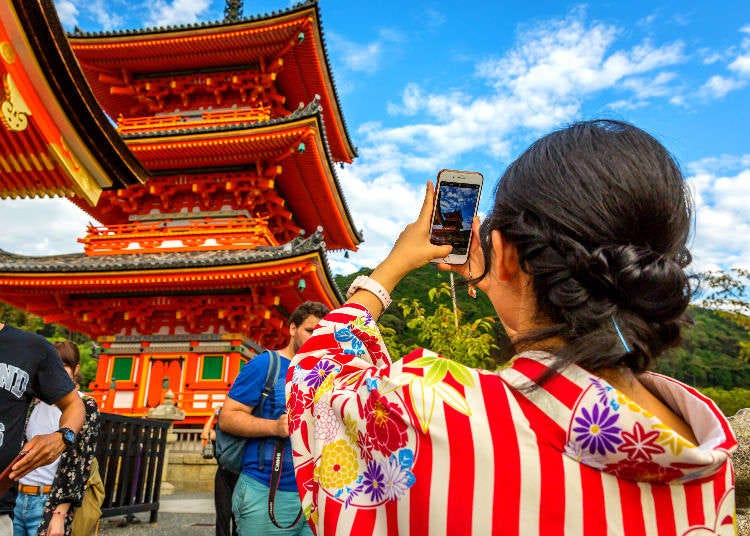 Selfie sticks are very easy and convenient to use and sometimes can be very hazardous. Using a selfie stick is ok when the crowd is less but, in crowded areas where the people move so closely using a stick can be a deadly weapon because everyone will in their own mood and un-attentive. Accidents generally happen in a crowded area and half of the people use selfie sticks. You can easily found at the popular locations of Tokyo, Kyoto such as Kiyomizu-Dera will make you feel the danger with the selfie stick. Sometimes with some other mistake, one can lose their eyes.

Due to rising safety concerns in Japan, many places have now banned selfie sticks to use around. For example, shrines and temples, all train platforms across the country.  You may have already figured it out how dangerous a selfie stick can just imagine accidentally you touched any naked wires above you it can be a disaster.

In general, I will not suggest using a selfie stick in crowded urban or tourist areas but they can be a great gadget and convenient for taking photos. For example, it can be very convenient to when you are hiking and if your phone doesn't support the wide-angle feature here your selfie-stick can be a good option where you can cover all your pals. 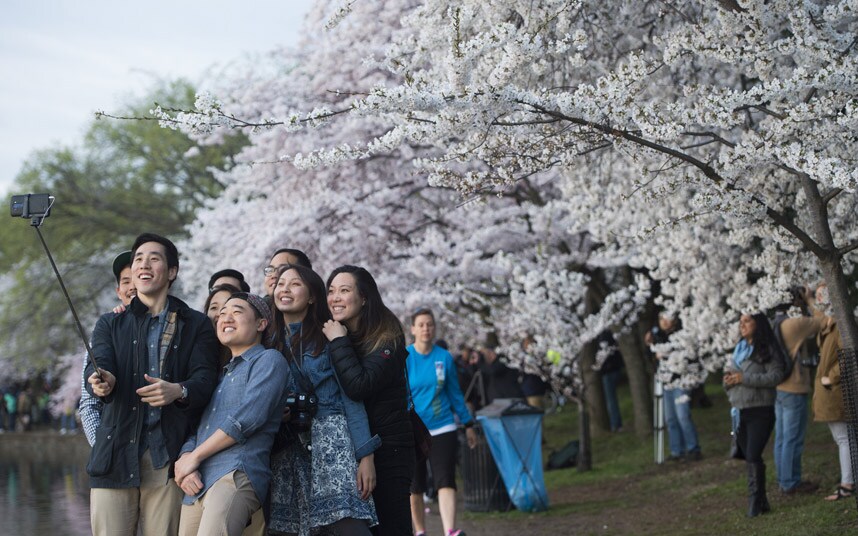 Japan has many incredible and eye-catching street views with dazzling lights were you cannot resist yourself taking photograph but you have to be cautious while taking photos in such areas make sure that you are not disturbing other persons or crowd in crossing the pedestrian traffic and also make sure you are not violating the traffic rules. You may have heard the name of Shibuya crossing where you can get incredible pictures but you have to be very careful without permission you can’t click pictures of random persons without there permission. If someone complaints about you taking pictures randomly you can end up yourself in the police station and be prepared to show the click pictures to the police officers that means you can’t click objectional pictures around you.