Must try Sea foods of Japan

japan is popular for many things seafood is one of them. Here I present 10 of the must-try seafood dishes in japan.

Unagi is eaten for a long time in Japan. It is grilled and served on the bed of rice called “unagidon”. If it is a just grilled eel fish then it is called “unagi no kabayaki”. It is believed that the eating eel in summer prevents from exhausting, so summer is a prime time to eat unagi. There is a sweet biscuit made up of powdered unagi called unagi pie. Unagi is high in protein, vitamin A and calcium. The highest quality unagi is found in lake Haman in Hamamatsu city, Shizuoka prefecture and the lake is surrounded by many restaurants which are specialized in making various unagi dishes.

Japanese deep-fried oysters are a seasonal speciality usually enjoyed during fall and winter when oysters are in season. The dish is commonly prepared in restaurants or at home, and it consists of shucked oysters that are dusted with flour and dipped in beaten eggs before they are coated in panko breadcrumbs and finally deep-fried until crispy and golden. They are usually served with lemon wedges, fresh vegetables, and various sauces and condiments such as tonkatsu or tartar sauce. 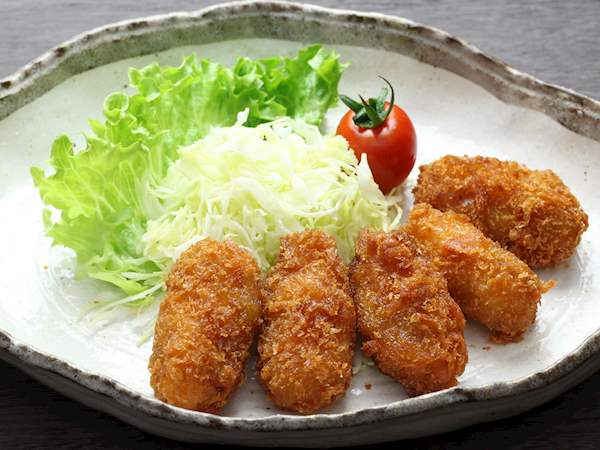 Maguro. It’s a Japanese term for tuna is a tasty as it is versatile. The quality of the fish meat is categorised in different types akami (lean meat from the sides of the tuna), toro(fatty belly portion of tuna), chu-toro (fatty side of tuna) and o-toro(underside of the tuna). In sushi and sashimi, the maguro toppings can fetch a very high price in the market.

Shishamo is a small size saltwater fish looks like a willow leaf. They are usually grilled or fried. This fish averages 15 centimetres in length, with a maximum recorded length of 70 cm. shishamo is generally dark on the back with a silver-white underside of the body.

Hitsumabushi is a dish which is originating from Nagoya. Although it's similar to unadon regarding most of the ingredients, histumabushi consists of sliced grilled eel that's served on top of steamed rice, but it's accompanied by assorted condiments and garnishes. 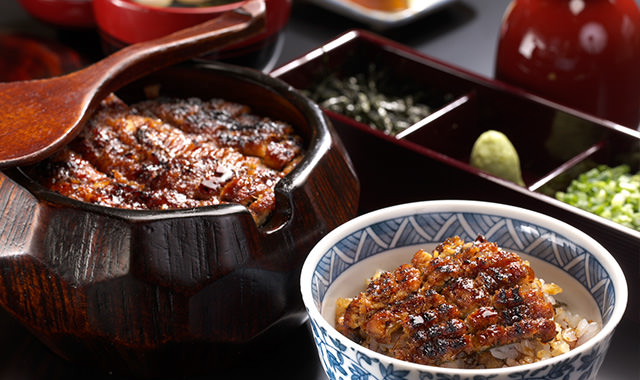 Japan likes to enjoy it's hotate raw on sushi and as sashimi. The top class hotate comes from cold waters, that’s why hotate is caught in Hokkaido. Even in its raw state shellfish has a soft, sweet taste and it is a good choice for those who are a bit suspicious of seafood.

Nigirizushi is a hand-pressed kind of sushi where the meat is sliced and pressed on top of sushi rice. It was developed in Tokyo during the 1800s. Sometimes, nori seaweed is used to wrap the whole concoction and keep it together. The topping is usually seafood such as shrimp, tuna, haddock, or eel, and it should always be fresh and of the highest quality. Traditionally, nigirizushi is served with shiso leaves, wasabi, soy sauce or pickled ginger. It is sometimes garnished with daikon and salted seaweed. There are different types of nigiri sushi eg.negitoro, flounder, ootoro, hotate etc.

Ikura, the bright orange salmon roe, is a favourite topping of sushi and rice bowls. The salmon roe looks like tiny orange colour rubies. This dish is very popular among both adults and children. It is also known as “red caviar,” ikura is commonly eaten and it is not considered a luxury food in Japan. it’s commonly found in every Japanese seafood bowl or kaisendon. 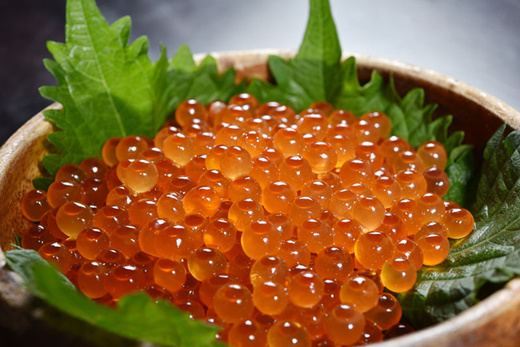 Fugu is poisonous and very tasty fish also called as pufferfish. It is generally eaten as raw, those who really want to try pufferfish, it is better to visit Japan in winters when the availability of fish is more. Please do make sure to eat it at a certified restaurant, as a puffer fish's poison shuts down your nervous system and you really don’t want that to happen.

Japan, has a variety of Ebi dishes from raw on sushi to crispy and juicy as tempura. Odori Ebi is a sushi delicacy of Japan and a form of sashimi. The sushi contains baby shrimp that are still alive and able to move their legs and antennae while being eaten. The meal is eaten when shrimp is alive and while eating the shrimp are usually dipped into sake in order to intoxicate the shrimp then into a special dipping sauce, and finally chewed to kill it 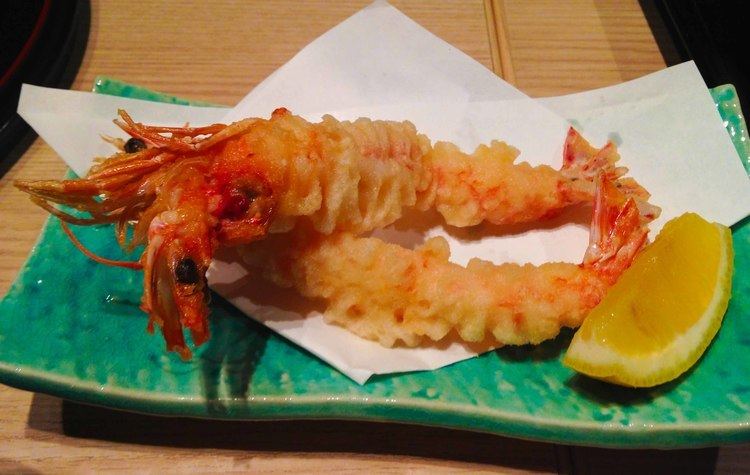