Kumano Kodo is an ancient sacred place in Japan which connects different routs to pilgrim where both Buddhism and Shintoism is followed. lets discover more about it.

The routes to Wakayama’s Kumano Sanzan shrines through the Kii Mountains, is known as Kumano Kodo, is a heritage site which holds over one thousand years of history. According to some stories, it's home to Japan’s birth as a nation. According to the documentation recorded Kojiki (the 1st documentation of Japan’s history), Jimmu, the descendent of sun deity Amaterasu, descended from the heavens to launch a war to become the nation’s 1st emperor, with the help of its troops, Jimmu won the war after that their journey through the Kumano mountains beneath the tutelage of the traveller, a sacred three-legged crow named the Yatagarasu. The Kumano Sanzan (which stands for the 3 shrines of Kumano Hongu Taisha, Kumano Hayatama Taisha and Kumano Nachi Taisha) emerged as a spiritual establishment in the eleventh century.

The Kumano Kodo consists of five pilgrimage routes to reach. The Nakahechi route which starts from Tanabe (the second biggest city in Wakayama prefecture) passes through east towards the Shrines. It is the most loved route by the pilgrims it is also known as the family pilgrimage route since from 10th century. The second route is Kohechi which passes through the heart of the Kii Peninsula starting from north to south, there is also a bridge between Koyasan’s Buddhist temple complex and Kumano Sanzan. The route is completely between mountains which is more than 1000m high, which always becomes a challenge to trek. Next comes the costal route Ohechi to reach Kumano Kodo, it starts from Tanabe to the Fudarakusan-ji Temple. If you go through this route you will get an eye-catching view of Pacific Ocean, in olden days this route was the favourite route for the artist and writer since from Edo period. This route is between Ise-Jingu shrine and Kumano Sanzan. This route for its bamboo forests, beaches, mountain passes and rice fields. 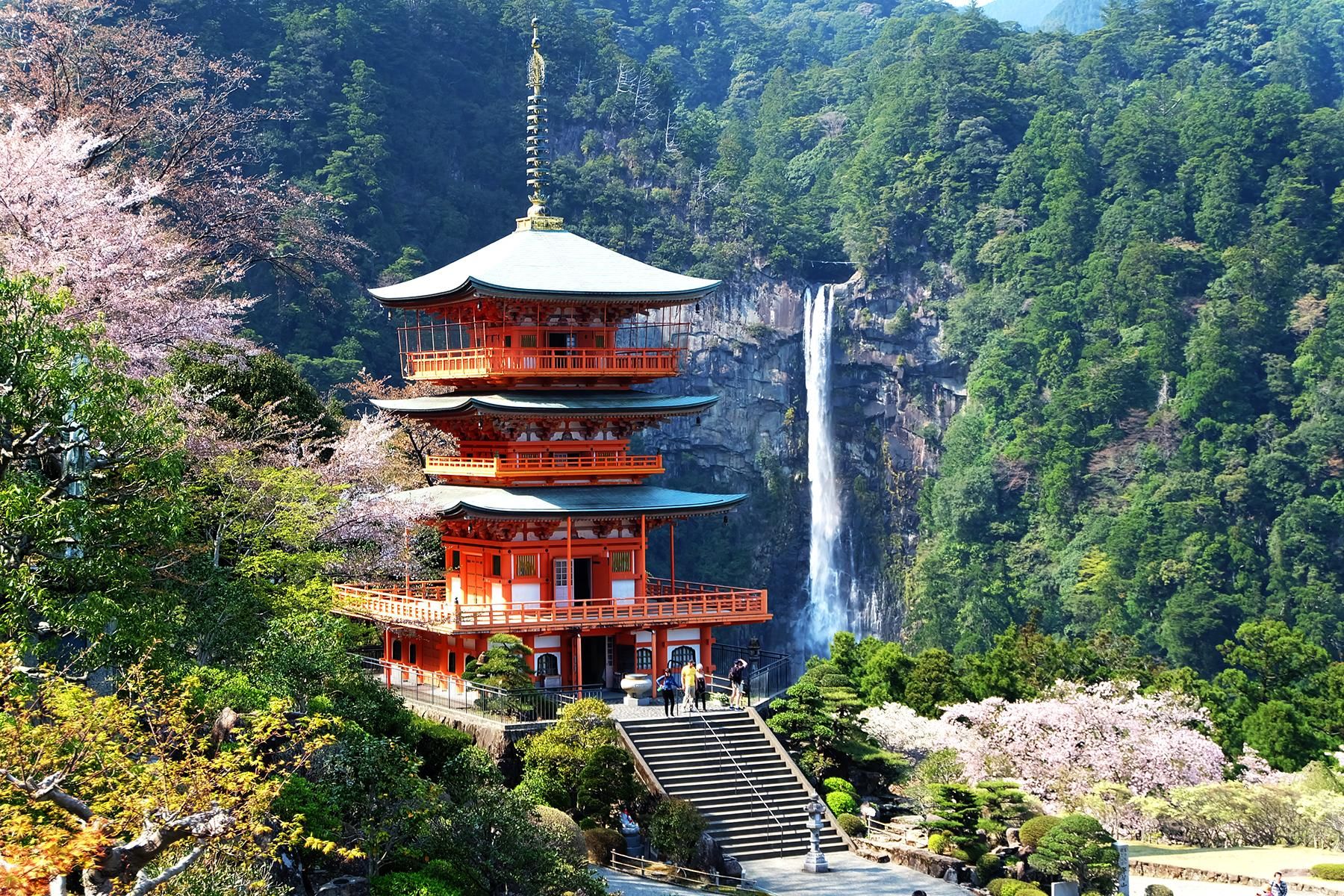 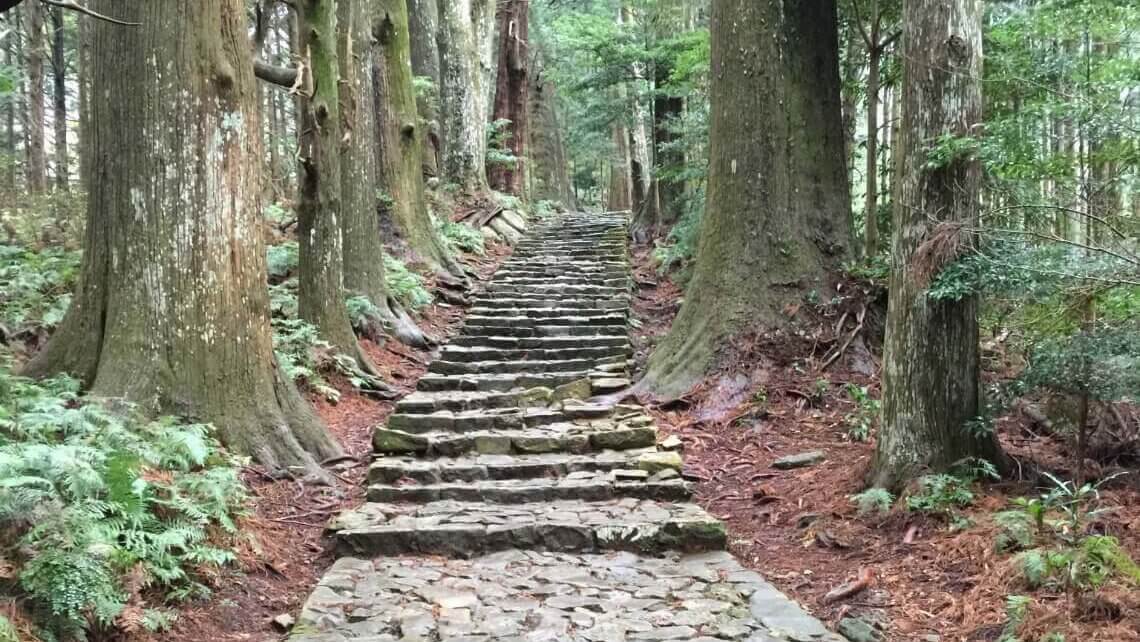 The Omine-Okugakemichi route which connects Yoshino and Omine with Kumano area provides many spiritual training grounds and nearly 75 Nabiki meditation spots and this route is recommended for the experienced trekkers.

It is believed that Kumano Kodo is the birthplace of the spirituality of the country. The Kumano faith believes in worshipping the nature like trees and waterfalls is for Buddhist manifestations. Kumano Kodo becomes a UNESCO World heritage and recognized as both Buddhism and Shintoism place which conserves the Japanese Sacred mountain traditions.

Let’s know how people used to dress up to go Kumano Kodo in fact the people follow the same dressing as a tradition. It is believed that when the Nobel women’s used to go the pilgrims they used to dress up with this traditional costume this tradition is being followed from 1000 years. It is a kind Kimono which is carefully tailored with selective fabrics with wonderful designs. This kimono is worn by the women its consist of “Kake-obi” which is protective and purifying charm another one is “Kake-momori” it is capsule kind of thing which is used to keep medicines and money and lastly “Ichimegasa” a hat with curtains which helps to keep away the insects and also prevent from extreme sunlight. 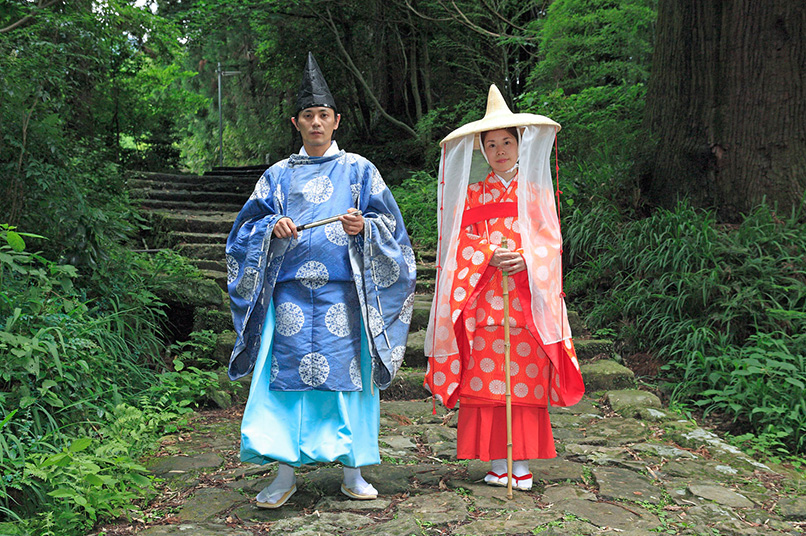