Tea is the most prominent non-alcoholic beverage across the globe. Tea has been an inclusive activity of the daily life of many people in the world. Many benefits of tea made it so special and a desire to consume. Here I have tried to share the most popular Japanese tea and its importance.

In Japan, tea's importance is far beyond imagination. The Japanese individual is attributable to ceremonial and ritual characteristics. It has been treated as a cultural beverage, an important part of Japanese food culture and consumed in a refined atmosphere. Various types of tea are widely available in Japan and consumed at any point of the day. Green tea is the most common type of tea. ocha, the Japanese word for tea, is almost exclusively used to refer to the “green” variety.

In Japan there is a special ceremony for tea-making known as chadō or sadō (“way of tea”) or cha-no-yu (“hot-water tea”), the ceremony takes place in a tea house (cha-shitsu), which ideally is a small structure detached from the main house but which is often simply a special room of the house. Great care is taken in the choice of materials for and construction of the cha-shitsu so as to give it a sense of rustic yet refined simplicity. The tea ceremony consists of the host first bringing the tea utensils into the room, offering the guests special sweets, and then preparing and serving them tea made of pulverized tea leaf stirred in hot water. The prepared tea is usually thin and frothy with a mildly astringent flavour; on certain occasions, a much thicker “heavy tea” (koicha) is made. The serving of sweets and tea may be preceded by a light meal. After the tea is consumed, the guests are free to inquire about the various implements, which are afterwards carried from the room and the ceremony concluded.

When you think of Japanese tea, the whisked and frothy matcha is probably the first type that springs to mind. Most famous as the main ingredient used in sadou, or the traditional Japanese tea ceremony, it’s a powdered green tea made from only the highest quality tea leaves. Matcha’s unique flavour and rich green colour are a result of how the tea is processed. Before the leaves are harvested, they are kept sheltered from the sun, which boosts the level of chlorophyll in the leaves. After being steamed and dried, the leaves are then ground to form a fine powder.

Drinking tea in its powdered form is said to bring greater health benefits because you consume all of the nutrients contained in the tea leaves. It also means the caffeine content of matcha is relatively high compared to other green teas, but this is balanced out by a substance called L-theanine. This means the effect is gentler compared to the effect of drinking caffeinated coffee and is often described as a state of “relaxed alertness.”.

Despite matcha’s enduring fame in the cultural lexicon of all things Japanese, it’s actually much more common to drink green tea in its non-powdered form. Ryokucha is the general name for green tea, which can then be further divided into different types according to how the leaves were processed and cultivated. 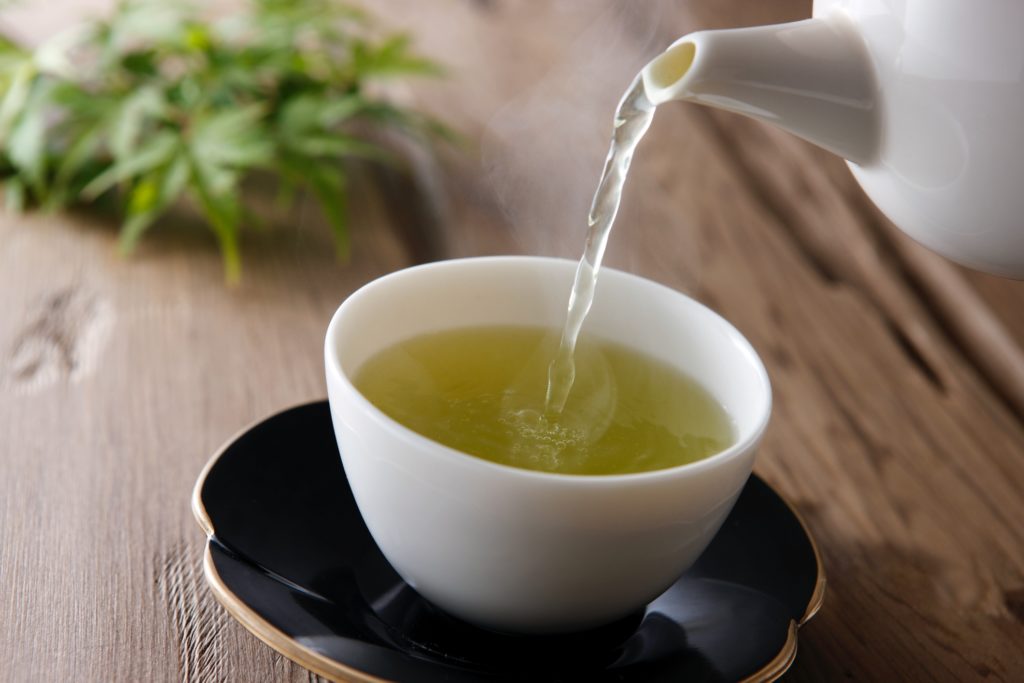 Gyokuro is the highest quality of green tea available, made with leaves picked in spring during the first harvest of the year. As with the those used to make matcha powder, gyokuro leaves are shaded from the sun for 20 days before they are harvested. This gives the leaves a distinctive dark green colour and the final product a sweeter taste than other types of green tea. Genmaicha is made from green tea mixed with roasted rice. The additional nutty, roasted flavour of the rice reduced the bitterness of the green tea. It can also be combined with other kinds of tea for additional flavours, such as hojicha and matcha.

Sencha is the most common variety of green tea produced in Japan. Unlike matcha and gyokuro, tea leaves used for sencha are grown entirely in direct sunlight.

Sencha tea is normally golden-green, with a mild, grassy taste and a light, refreshing scent. It’s slightly more bitter than gyokuro and matcha due to the higher level of tannin as a result of its increased exposure to sunlight. The exact taste, colour and aroma will vary according to the timing of the harvest and where it was grown. Shizuoka is Japan’s largest sencha producing region, accounting for around 40 per cent of total tea production in the country.

Gobocha is a type of tea made from the roasted shavings of gobo (burdock) root, a type of root vegetable that’s popular in Japanese cooking. When used to make tea, gobo has an intensely earthy flavour that’s similar to the mushroom broth. Gobocha became highly popular in Japan due to the belief that it offers anti-ageing benefits. 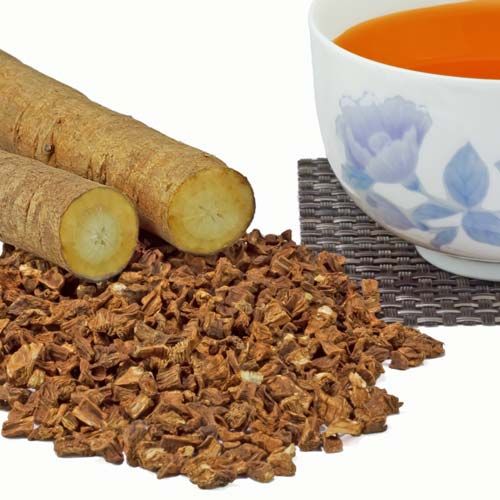