Simplicity is the key for Japanese food and making use of high quality naturally grown ingredients makes it more special. There are some interesting facts about Japanese foods lets have look.

japan is the country which utilizes more from naturally grown resources in their foods and developed the food quality, dishes since from many years. There are many facts and myths related to Japanese food which really makes it very special and also popular in the world.  up to now you might have come up or heard of different kinds of Japanese dishes ever wondered what would be the facts like where they are grown, processing time etc, will discuss and acknowledge some of the facts and myths of Japanese cuisine.

Japans use more seafood then meat its because japan is surrounded by waters and they know how to use that resources, do you know that 50-60% of world catch of fish is undertaken by Japanese and nearly 80% of tuna are consumed by Japanese, isn’t it amazing.

Eating habit of meat was developed after the 19th century because of Buddhism since after 1868 the eating habits of the Japanese people totally changed everything. They were influenced by the western style and started consuming meat. Since then they started using meat in there way and discovered many popular dishes like tonkatsu, curry rice and sukiyaki. 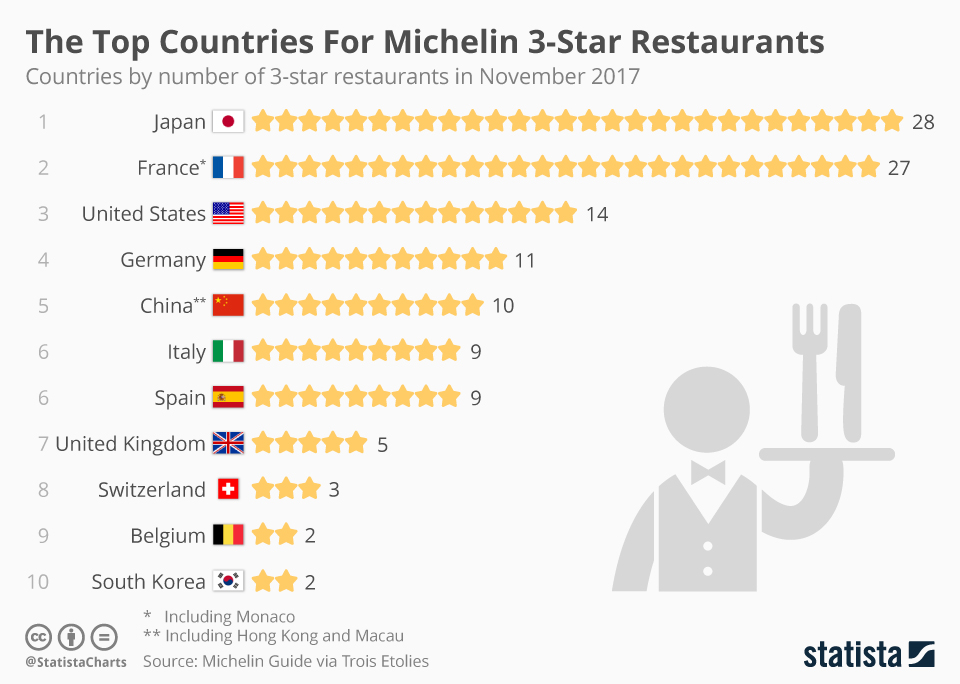 Do you know the capital of Japan, Tokyo has worlds best restaurants in the world and got top Michelin ratings which decides the quality of food served in restaurants. As like Tokyo Kyoto and Osaka are in the list. Having that many top-class restaurants in one country are not a joke you can easily figure it out that how much quality and varieties of food will they offer.

Most people think sashimi is always a fish but its not true they also use thin meat slices of the horse, beef and deer which are more popular. But using a salmon and tuna in sashimi is most common. The quality of sashimi is never ever compromised they equally maintain the size and thickness of the slices

In Japan, there are very few people who eat only vegetarian food almost all of them eat non-vegetarian because most of the Japanese dishes have some non-veg ingredient in it, Eg. Broth use for ramen generally made with pork bones, fish or chicken. So finding a vegetarian food may be bit challenging however there are many restaurants which serve vegan foods.

One should definitely follow the chopstick etiquette while having food in restaurants or some formal events not following the rules believed to be very rude in Japan.

Japan does have the pizza but in Japanese style, Japanese pizza consist of seafood which is a very common ingredient.