Crabs- The winter delicacy of Japan

Crabs are one of the most eaten foods in winters of the japan. they are widely catches in Hokkaido region of Japan, many people comes around the world during winters to enjoy this delicacy.

In Japan, Crabs are eaten in many ways. It is one of the most commonly eaten food in winters of japan, especially found in the Hokkaido region. There are many dishes around japan based on crabs such as crab croquette, chao-mai or steamed meat dumpling, crab sashimi, crab miso soup, crab tempura and crab kamameshi which is served with rice. If you are in Japan during winters you can discover more varieties of crab dishes. Though there are many kinds of seafood which is popular throughout the japan, when winters come you can’t just miss the delicious varieties of crab dishes. Many people wait for winter to come and enjoy different varieties of crab.

There are many varieties of crab which are categorized according to their flesh, size and of course taste found in japan commonly some of them are following below.

These varieties of crab are mostly found in the sea of japan and pacific ocean. It is the smallest kind of the crab which has more flesh density compared to other kinds of crab which are consumed in Japan. You can find this variety in Hokkaido easily. 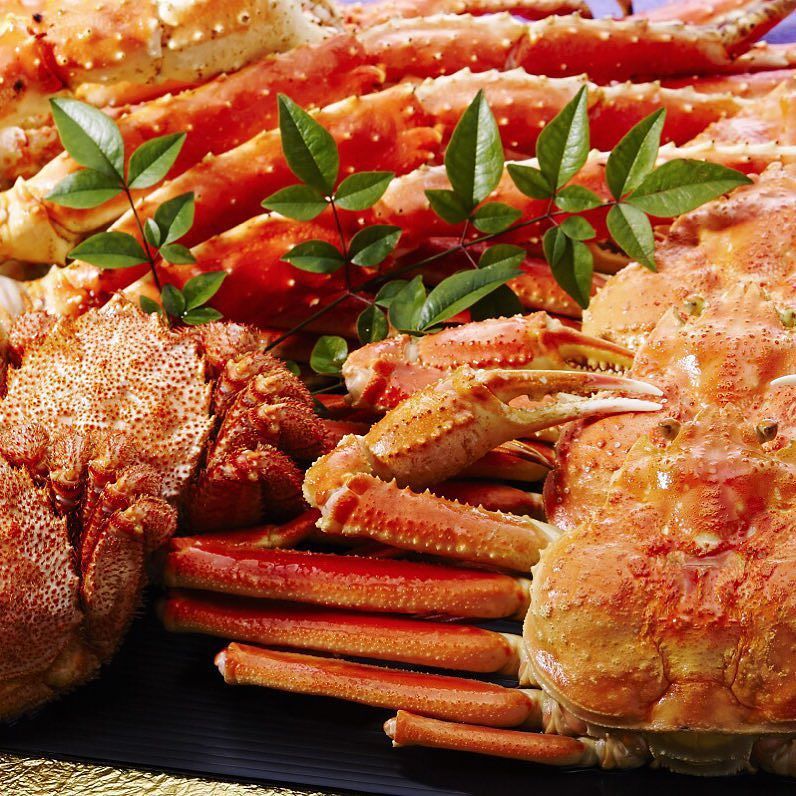 Compared to other crab Zuwaigani is small kind of crab which has a shell with a bumpy texture. The shell of this crab can grow up to 15 cm wide, generally, the male crabs are larger than female crabs. The special part of this crab is its legs they are very lengthy and provide good flesh in it. Every year lots of crab dish lovers wait for the crab season where the can have their favourite dishes. This crab is mostly found in the west coast of Japan, the northern part of Hokkaido and Tottori prefecture. The proper season for this crab starts around November and continues up to march. In some places, it’s also known as Matsubagani and Echizen Gani by the local peoples.

This crab can be found throughout the year in japan the best season for this crab starts from august to October. This kind of crabs is covered with poke kind of texture on their body, which looks like flowers. It is believed that, since the crabs are caught at Hanasaki port area of Nemuro city the name of the crab is given like that, sometimes this crab is also known as konbu crab. It is generally boiled in saltwater or grilled. Miso soup which is cooked with this crab is also popular in Hokkaido. The dish called Kanimeshi is widely known as box meals sold at local railway stations. In which seasoned rice is topped with crabmeat.