Surgical Tape that can be used on Internal Organs

Implants of small holes are made so that the surgeons need not to spray on the surface of the tape instead can be applied on the edges of the tape.

Surgical tapes are used for betterment in any recovery treatment and in surgical activity, they play an important role for years. Japan discovered the tape with titanium that is profitable for the surgeons. Usually, the surgery undergone mostly will be of the kind have wet surface and it complicates the sticking capacity of the tape. Thus double-sided adhesive tapes are developed that could quickly and firmly attach or stick to wet surfaces like surgical spot and biological tissues. Rips and tears in organs like lungs and intestines are sealed so easily. This kind of adhesive tape was more modified and introduced in a form that it could be removed with a liquid solution, that is, the new version of the tape was given an advantage of getting peeled off like a slippery gel either to adjust the sealing or after when the wound or sealing gets recovered. This has an advantage to get used like painless Band-Aid but for the internal organs. 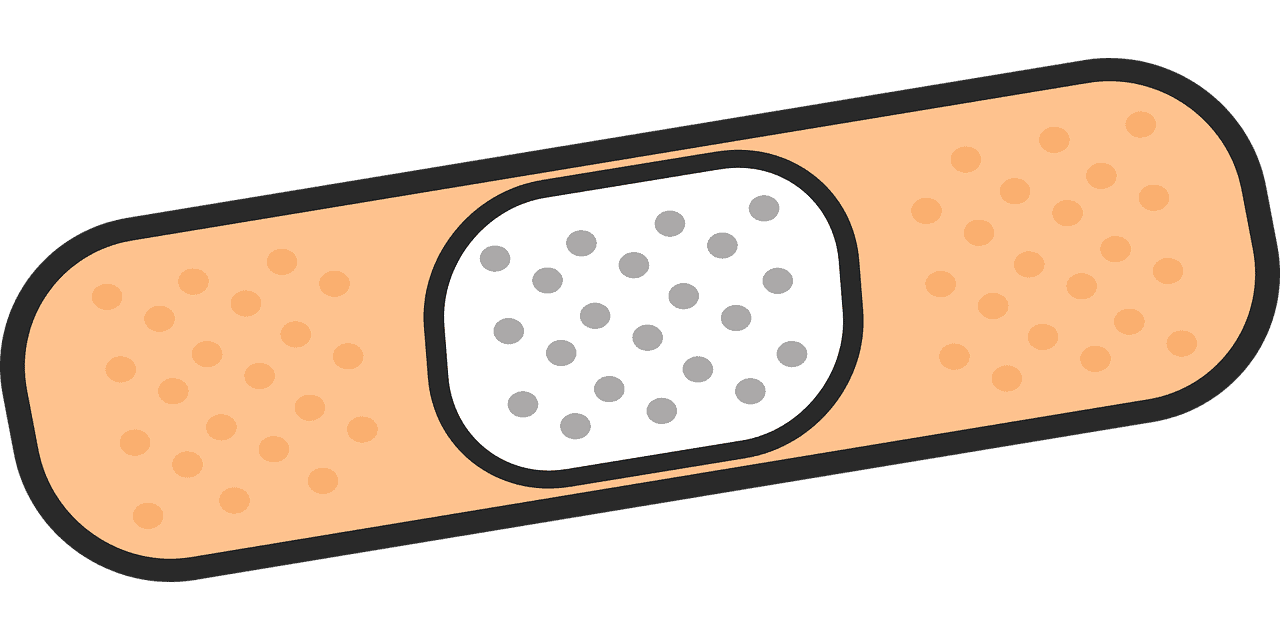 Water that has the nature to lubricate will not let any tape to stick with the wet surface and holds the process. Thus tissue’s natural slipperiness has to get to know, thus original adhesive out of biocompatible polymers including polyacrylic acid, which a highly known for its absorbent nature also seen in diapers and in pharmaceuticals. This soaks up the water molecules of the wet surface and weak hydrogen bonds with the tissue’s surface are formed. Alongside the material with NHS esters, chemical groups that form stronger and long-lasting bonds with proteins on the tissue’s surface was added up with it.

This stiffness for tape towards tissue surface is better until if it comes to the process of removal from the surface. The stiffness will cause pain and will be messy for the patient. That stiffness will result in inflammatory issues in tissues or in organs. 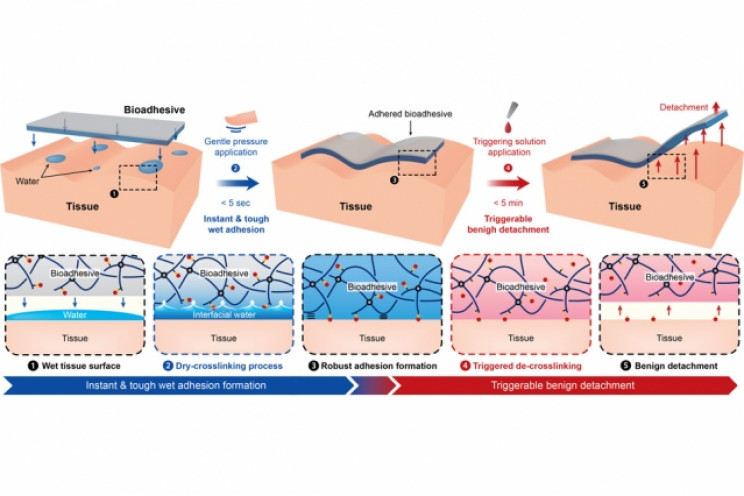 A new disulphide linker molecule was added that can be placed between covalent bonds with a tissue’s surface proteins. They developed this molecule as this can be reduced or severed through if exposed to particular reducing agents. The reducing agent is glutathione, an antioxidant naturally found in most of the cells that have the capacity to break long-lasting covalent bonds such as disulphide.

The mixture of glutathione and bicarbonate was sprayed onto the surface of the tape that was placed on different organs like heart, lungs, and intestines in a pig. The adhesive was able to get removed after five minutes from being sprayed without causing any damage to the tissue or organs.

Implants of small holes are made so that the surgeons need not to spray on the surface of the tape instead can be applied on the edges of the tape. This helps in peeling off the tape.