The article is about Japan’s Most Advanced Humanoid Robots that performs jaw dropping activities that a human does. 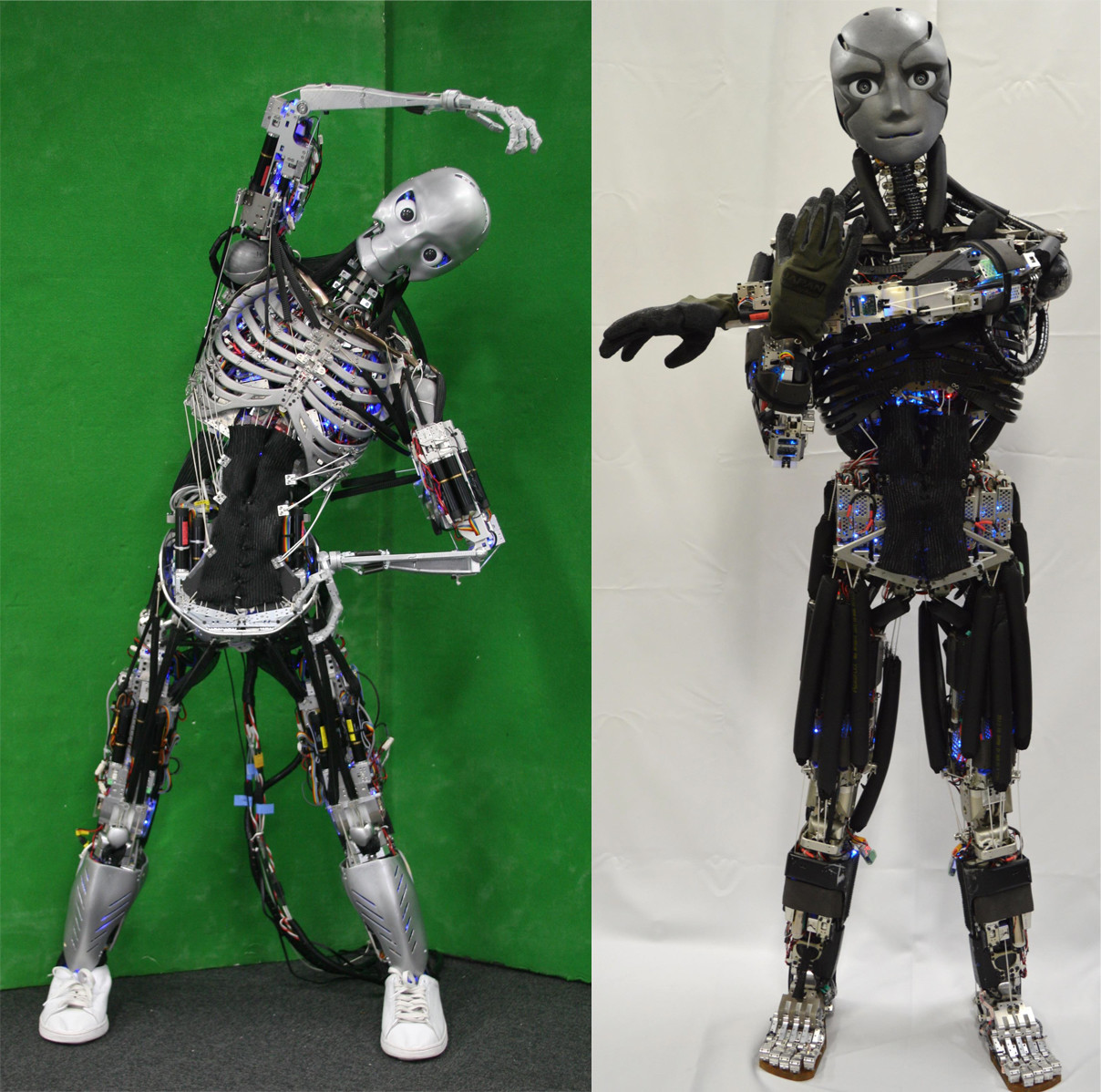 A team of researchers at the University of Tokyo developed the most advanced humanoid robots one called Kenshiro and other called Kengoro and published in the journal called “Science Robotics”. The team describes that the robots are made as similar to the humans as possible. The robots’ design is a musculoskeletal structure to mimic the humans. In future, these kinds of robots may developed to mimic the ability of human tasks such as serving as soldiers, rescuing humans from disasters, and also to take care of elderly people. 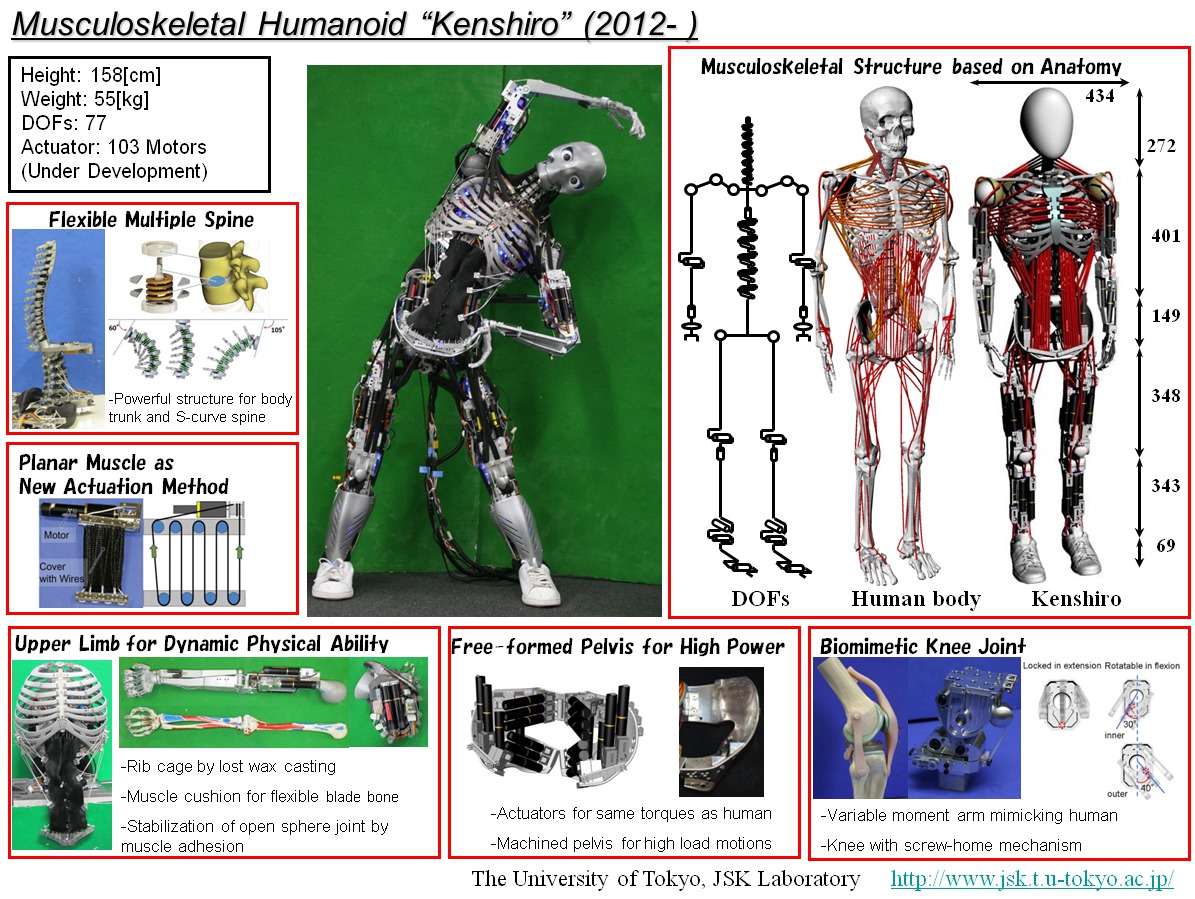 These robots are designed move as closely as possible like human to perform lifelike tasks. For example, as a result of human muscle arrangement imitation such as the rib cage, backbones and rotating joints the robots can perform do push-ups, pull-ups, stretches and even hit the badminton shuttlecock. The interesting thing is that Kengoro robot, the most advanced among these two can sweat like humans to a certain extent. Because it has joints, actuators and pull strings to mimic muscle movement. In order to prevent from overheating, the team ran water tubes through the robot and heat gets dissipated as steam through tiny holes in its aluminium skeleton. 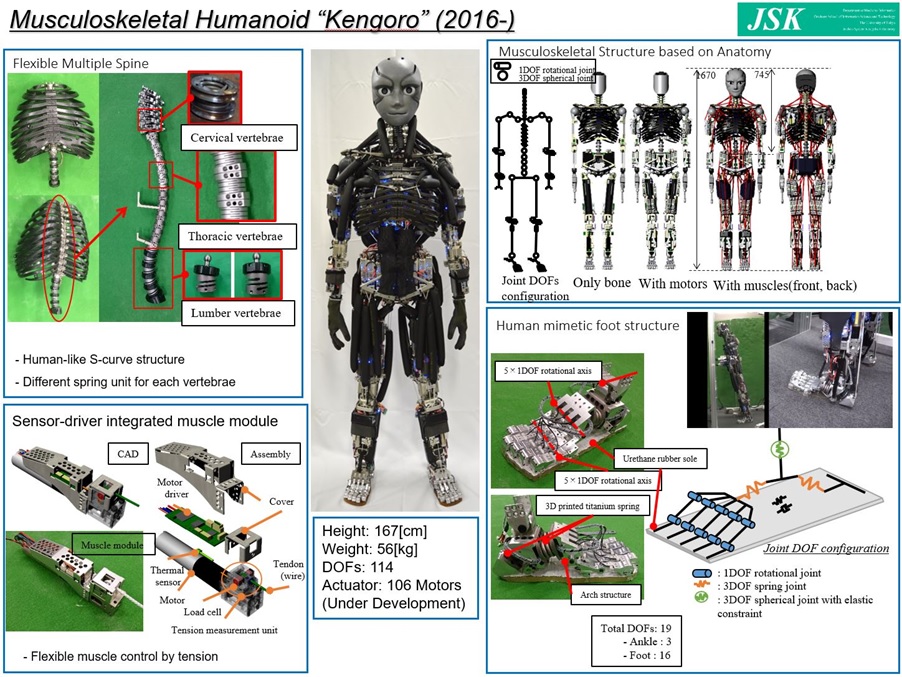 The Height of Kenshiro is 158 cm, weight is 50kg (considering a weight of 12 years old boy approximately).

The Height of Kengoro is 167 cm, weight is same as Kenshiro that is 50kg.

The possibilities are there for change in DOFs of forearm and hand. Compared with some unique points of Kenshiro are adding DOFs pitch to adopting the human mimetic foot and thoracic vertebrae with many DOFs. 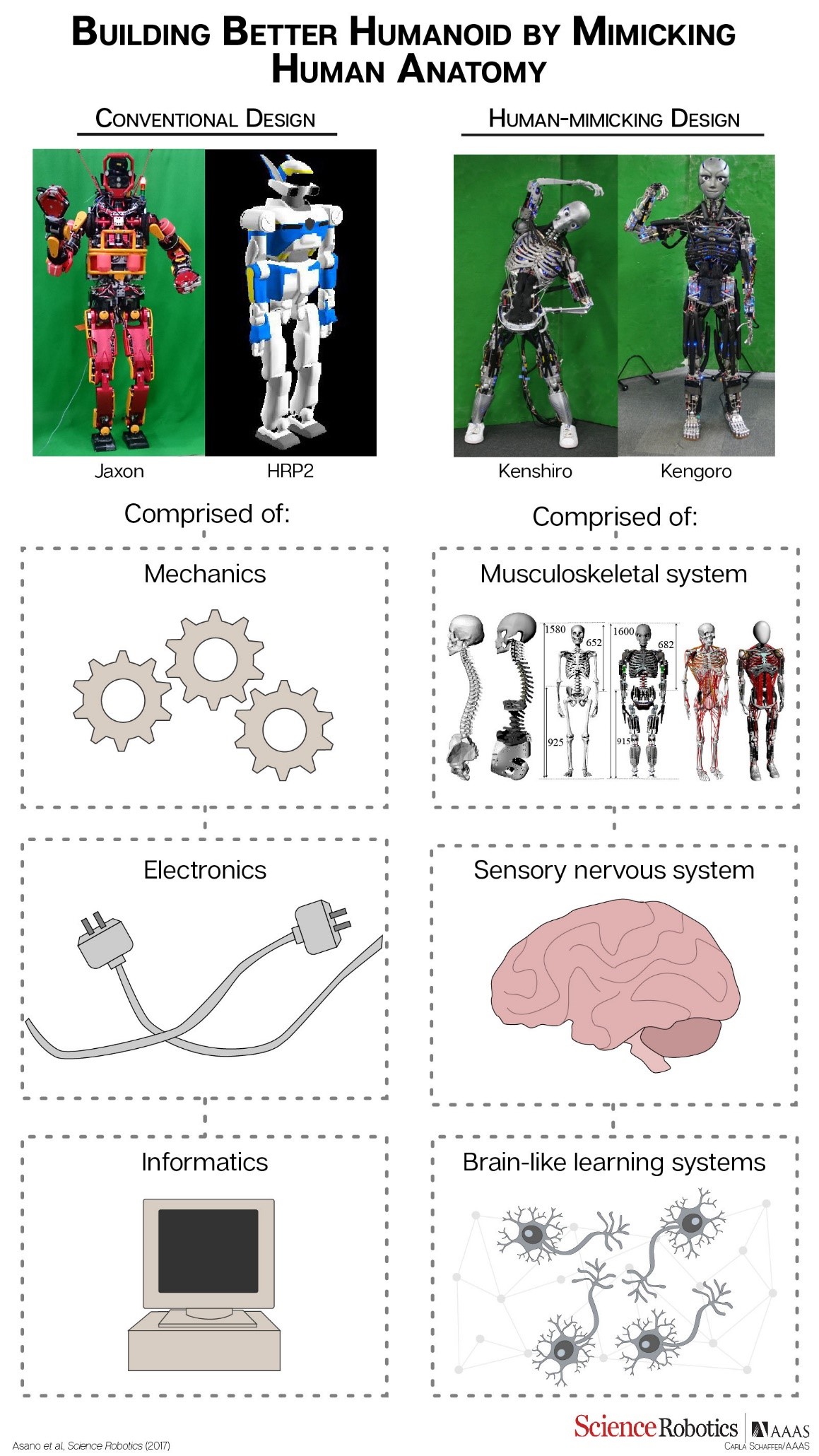 "At bottom, robotics is about us. It is the discipline of emulating our lives, of wondering how we work"