Artificial Layer of Skin that may be a Future Electronics

Skin technology that measure electrocardiogram of heart rate, muscle and lung activities take technology to the next level of it.

Skin, the most sensitive part of all living organism is the first line of defence in the body from environmental conditions. It prevents us from heat, dust, acts as antibiotics against microorganisms. From maintaining body temperature accordingly to the environment is the beneficial part of the skin. Japan technology includes different factors with skin technology. They are the form of ultrathin skin texture. Technology that measure electrocardiogram of heart rate, muscle and lung activities take technology to the next level of it.

The factor may be more interesting if a skin over layer have the capacity to secrete and reabsorb or absorbs multiple fluids, that is triggered by a radio signal. This technology also has promising benefits in robotics. Human skin secretes oil that defence against microorganisms and fish skin secretes mucus that reduces friction from the water to swim faster. An artificial skin with the property of releasing and reabsorbing substances under the factors of environment, which makes use of radio waves. The approaches are limited to passive release as it is in the field of smart materials. Drug delivery is regulated, that is, drug can be loaded for longer period of time and then it could be re-loaded with a different on needed basis.

The field of robotics has the major use of it. The robots can use it to secrete sweat, so that cooling of the internal machines can be done. Usage of heavy ventilators can be avoided. Lubricants could be released to mechanical parts on their requirement. The material is made of numerous micrometre-sized pores in the coating. So once filled with desired liquid the system becomes like a sponge. On getting exposed to radio waves, the liquid molecules move direction and seen out of the pores. Also the property of reabsorption, an integrated capillary function can reabsorb the droplets of desired liquid on the surface in few seconds.

Triggers are important factors, they are, heat, light and electricity. But the radio waves are meant to be the important factor. Electric triggers of 50-60Hz are deadly to touch. Thus they got replaced with radio frequency of 20 kHz to 300 GHz. They are low enough like Wi-Fi signals.

Combination with UV light, the material could get activated on exposing to the sun and when one is away from sunlight, the use of radio waves is preferred. 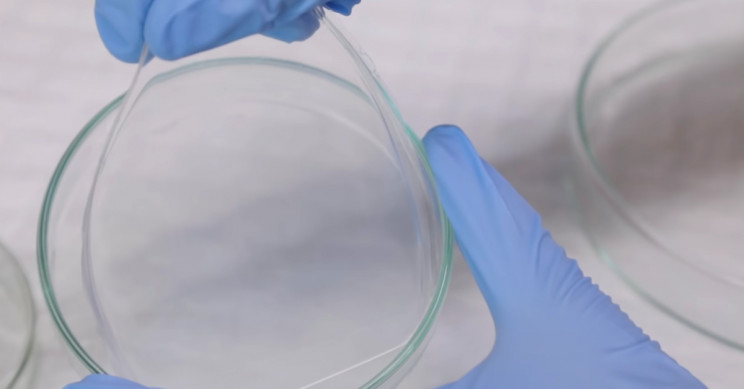