Advanced Research in the Wonder Material

This is a big hope for innovating the various future tech for the World. These techniques may help the Budding Scientists to have a very useful references.

Researchers in Japan have found a way to form two materials, each made of three layers of graphene. Each material's graphene is stacked differently and has unique electrical properties. Their work has implications for the development of novel electronic devices, such as photo sensors that convert light into electrical energy.

In 2004, two scientists realized they had isolated a single layer of carbon atoms on a scotch tape used to clean a graphite crystal. Since then, graphene has captured the imagination of researchers due to its fascinating properties: it is 200 times stronger than steel, is very flexible, and it is an excellent conductor of electricity.

Graphene's carbon atoms are arranged into hexagons, forming a honeycomb-like lattice. Placing one layer of graphene on top of another leads to the formation of bilayer graphene.

The layers can be arranged in one of two positions: the centres of the carbon hexagons of each layer can be organized immediately above one another, called AA-stacking, or they can be displaced forwards so that a hexagon centre in one layer is above a carbon atom below it, called AB-stacking. AB-stacking of two layers of graphene leads to the formation of a material with semiconducting properties by applying an external electric field.

Deliberately stacking three layers of graphene has proven difficult. But doing so could help researchers study how the physical properties of tri-layered materials change based on how the layers are stacked. This could lead to the development of novel electrical devices. 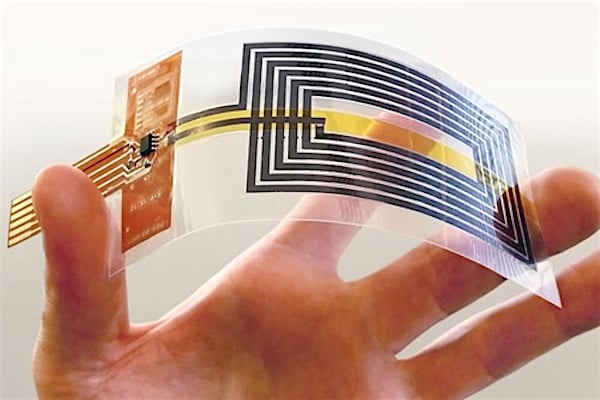 They heated silicon carbide using one of two methods. In one experiment, silicon carbide was heated to 1,510°C under pressurized argon. In another, it was heated to 1,300°C in a high vacuum. Both materials were then sprayed with hydrogen gas in which the bonds were broken to form single hydrogen atoms. Two types of trilayer graphene then formed. The silicon carbide heated under pressurized argon formed into ABA-stacked graphene, in which the hexagons of the top and bottom layers were exactly aligned while the middle layer was slightly displaced. The silicon carbide heated in a vacuum developed into ABC-stacked graphene, in which each layer was slightly displaced in front of the one below it.

The researchers then examined the physical properties of each material and found that their electrons behaved differently.
The ABA graphene was an excellent electrical conductor, similar to monolayer grapheme. The ABC graphene, on the other hand, acts more like AB graphene in that it had semi-conductor properties.

An international research group has improved graphene's ability to catalyse the 'hydrogen evolution reaction', which releases hydrogen as a result of passing an electronic current through water. They designed a mathematically-predicted graphene electrocatalyst, and confirmed its performance using high resolution electrochemical microscopy and computational modelling. The findings were published in the journal Advanced Science.

Akichika Kumatani of Tohoku University's Advanced Institute for Materials Research (AIMR), Tatsuhiko Ohto of Osaka University, Yoshikazu Ito of Tsukuba University and colleagues in Japan and Germany found that adding nitrogen and phosphorus 'dopants' around the well-defined edges of graphene holes enhanced its ability to electrocatalyse the hydrogen evolution reaction.

Graphene-based catalysts have an advantage over metal-based ones in that they are stable and controllable, making them suitable for use in fuel cells, energy storage and conversion devices, and in water electrolysis. Their properties can be improved by making multiple simultaneous changes to their structures. But scientists need to be able to 'see' these changes at the nanoscale in order to understand how they work together to promote catalysis. 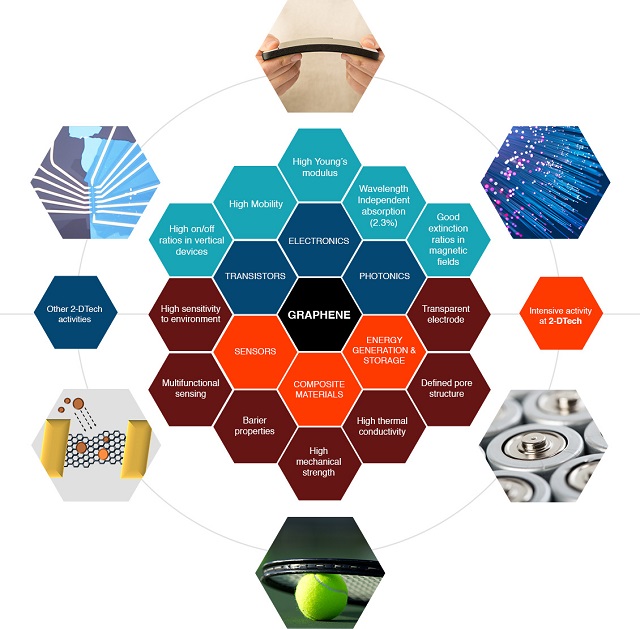 Kumatani and his colleagues used the recently developed scanning electrochemical cell microscopy (SECCM) for direct, sub-microscale observation of the electrochemical reactions that happen when current is passed through water during electrolysis. It also allowed them to analyse how structural changes in graphene electrocatalysts affect their electrochemical activities. This type of observation is not possible using conventional approaches.

The team synthesized an electrocatalyst made from a graphene sheet full of mathematically predicted holes with well-defined edges. The edges around the holes increase the number of active sites available for chemical reactions to occur. They doped the graphene sheet by adding nitrogen and phosphorus atoms around holed edges. The graphene-based electrocatalyst was then used to enhance the release of hydrogen during electrolysis.

Optical image and Raman mapping (ID/IG) of an edge region

Using SECCM, the team found that their graphene electrocatalyst significantly improved the formation of a current in response to energy release during electrolysis. Their computational calculations suggest that adding nitrogen and phosphorus dopants enhances the contrast of positive and negative charges on the atoms surrounding hole edges, boosting their ability to transport an electric current.

Nitrogen- and phosphorus-doped holey graphene electrocatalysts worked better than those doped with only one of the two chemical elements.

"Necessity is the mother of invention"