It's Time to Keep Money Heist Aside and Watch Japanese Series to Enhance Your Japanese.

This article is for all those who are Frustrated on learning Japanese on textbooks and for Exams. It has some Netflix shows in Japanese which could help you enhance your proficiency in Japanese while watching the series for leisure.

皆さん、こんにちは。 This article is focused merely on alleviating your troubles in learning Japanese in a lively way. Netflix has become a great platform for leisure throughout the quarantine days. It's time to keep aside Money heist and shift towards some Japanese series to grow your Japanese proficiency. This article contains some of the best Japanese series that I started to watch at the beginning of the quarantine period. Let's get into it.

Last few articles of mine were too academic that were focused on how to overcome all of your weaknesses in Japanese. Here I would like to introduce a pure learning material that’s not bounded with textbooks. Below are some of the Japanese series that I have just started to watch and got to know from various sources. 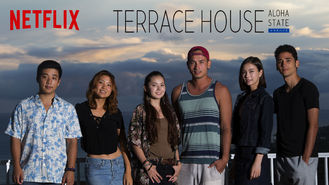 Terrace House is a Japanese reality television show that has it's fifth series on. It has been telecast since 2012. It has five series in total with different names. It has been telecast on Fuji TV and also available on Netflix. It definitely would be very interesting as it is a reality show and not a scripted one. It's bounded to the lives of three men and three women, with all between teen to 30’s. It's more like the Big Boss show that has been telecast across India. It definitely will not waste your time as you are also engaged to Japanese learning process simultaneously. It has subtitle in not only English and Japanese but also Chinese, Korean and Portuguese. The most recommended season for language learning is the season-  Aloha State (2016–2017).

‘Solitary Gourmet’, it reads in English. As the name suggests, this is bounded to a story of a Gourmet which means a person who enjoys and knows a lot about good food. It's a series that would be loved by all those gluttons or foodies. It's all about a salesman named  Gorō Inogashira who craves for good food at cheap price. If you watch this series, you'll get to know all about places where you can get tasty foods in Japan. The interesting part of this series is that each chapter features a different place. It has 5 series. But it has no subtitle and could be seen through YouTube in TV Tokyo. 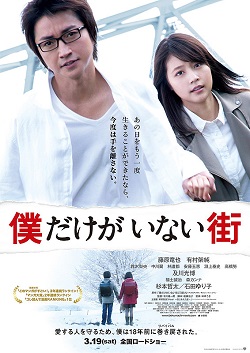 It's yet another widely known Japanese series better known as ‘erased' and is related to time travel. It's also in Anime version. It's available on Netflix. As the series moves in Hokkaido, you can also get used to Hokkaido accent. Above all it has Anime version, filmed version and series. A character named Rio uchikawa is the most praised character that is the younger version of the lead role.

That's all for today. This is how I used to learn Japanese when I get  frustrated learning on textbooks. I would like to share a few more Japanese shows that are more academic and want all of you to look for it.