Let’s read beyond the Washi Tape and find out what really goes into making the high quality traditional Japanese paper.

Washi (和紙) is the traditional Japanese paper made by using long fibres and processed by hand. The kanji of Wa “和” means “Japanese”, while the kanji of Shi means “紙” paper. It is also called as “Nihongami”, also meaning Japanese paper. The process of hand making paper started in Japan as early as in 3-4th century. According to the Nara Period record “Nihon Shoki”, in year 403, Japan’s then ruler, Emperor Richyuu had documented several idioms with government authority and there was general interest in production of paper.

After almost 100 years of inheriting the science of producing paper, national and regulated production of paper started in Nara Period in several areas of Japan, such as modern day Okayama, Yamane, Hyogo, Gifu and Fukui Prefectures. Japan’s National Records, government machinery for preservation and recording of events in that period had documented that as many as 34 individuals were employed as regular members in the machinery, with 20 individuals to copy the records and 4 experts for actual production of paper. Another government machinery known as Kamiyain was also employed to support the production of paper. However during this period, the production of paper was still low and paper was considered to be a luxury item. Many would use both sides of the paper in order to save on buying new paper. 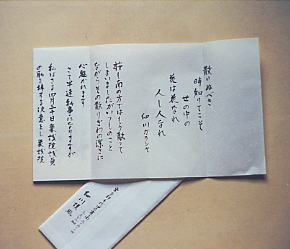 In Heian Period, the term “production of paper” was changed to “paper making”.  This period also introduced the unique technique of “Paper making”-by using thin net like material to scoop up the raw paste and making thin layers. It is documented that the famous epic “Genji Monogatari” was written on one of these high quality paper produced during that era.

After Heian Period, Paper making improved not only in its quantity but also quality- variety of papers came to be made as the use of paper become more common. Men would popularly use Kouzokami, a paper made from Mulberry plant to write Kanji (back then only men would write in Kanji) while women would use Danshi, a high quality white paper to write Hiragana. It was also a trend for women to write letters on stacked dark coloured paper. Futokorogami, a type of small sized paper which was folded, would be carried by people to be used to write memos or poems. Several dyeing techniques were also invented to help develop coloured paper with different coloured top and bottom part of page. 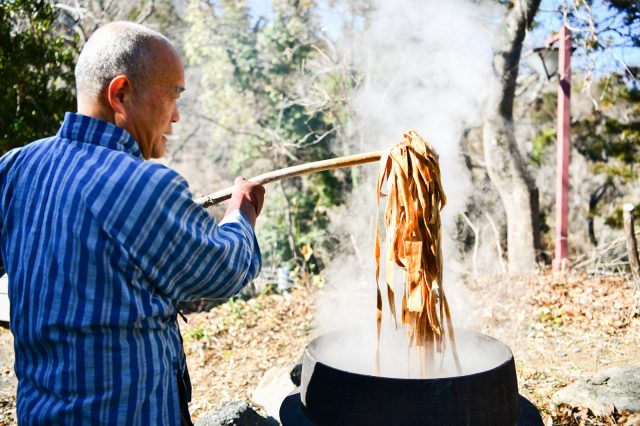 Washi is made commonly with the inner bark of mulberry plant. The stems of the plant are steamed and bark is peeled manually. The bark is then soaked in water several times to remove any dirt or dust to ensure that no impurities are left before the bark is made into pulp. The traditional paper making requires a large amount of water as the bark is washed several times after soaking in clean and cold running water. After checking that fibres are at stage where they can be separated, they are boiled to remove starch, fat and then bleached with natural ingredients to produce the white coloured paper.  After 2-3 hours, the pulp is then beaten with a machine to soften the fibres and the process with repeated with a bladed beater to separate the fibres. The result is a fibrous thin pulp, which is then out in large vat of water and mixed thoroughly by hand. The final ingredient to the pulp is neri, extract of root of the Tororo Aoi plant which acts a glue is bringing the separated fibres together. After the mixing of neri, the pulp is scooped on a thin screen made of bamboo to make thin layer which is then dried to make paper. This process is known as Nagashizuki. In another method, Tamezuki, the pulp does not contain neri and is beaten to produce thick paper.

Now, we may be wondering how Washi is different from normal machine made paper and why is it so expensive? The answer mainly lies in the techniques used in production of paper and the quality of paper itself. Even in modern times, traditional paper making uses limited amount of mechanical power and relies on expertise of the individuals doing the manual labour. Right from the reaping of the mulberry plant and removing the bark to drying and collecting the final product, majority of tasks rely on the individual to have a trained hand and eye- even a slight tear while peeling paper off the drying sheet can harm the sale.

Although we may have bias towards machine made paper as machine leave less room for error, handmade paper has been proved to have better shelf life. This is because as the fibres of plant are left intact rather than grinding then into a pulp, the paper is much stronger and is able to hold better. In addition to this, traditional paper making uses natural ingredients for bleaching or whitening the paper and neri, which is less harmful for the environment. The techniques of paper making may have been built a long ago; however it had a vision which was well ahead of it's time. 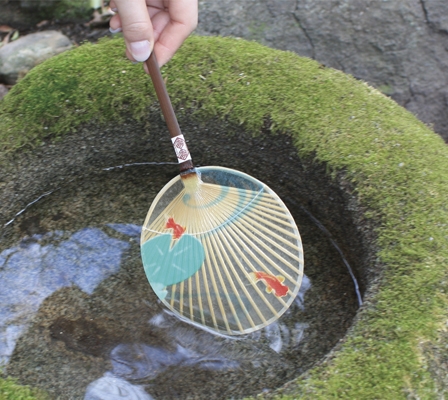 Washi is used in variety of products- letter paper, congratulatory envelopes, postcards, wrapping paper, origami paper, and paper used for calligraphy, kites, etc. The techniques used for making paper may also depend on the end product and the prefecture is produced in.

Mino Washi, produced in Gifu prefecture is a high quality paper used in making lanterns, umbrellas and fans. Gifu Uchiwa (Gifu Fan) uses Ganpishi which is coated with varnish after making the fan so that user can dip the fan in water and fan oneself and cool down. Ise Washi is produced in Ise city, Mie Prefecture which was used to produce Ofuda (talisman) for shrines. In recent years, it is used by photographers to print winning works on inkjet printers. Satsumawashi from Kagoshima adds bamboo shoots in the pulp to make dyed paper. It is popularly used to make tapestry, lamps and paper plates.

It is difficult to imagine the trial and error that must have gone in finding out the materials, techniques and making the end products. For me, making Washi can only be described as art made with unending persistence and patience. I hope you found the article interesting. Thank you and see you soon!