Let’s talk about how Japan was ahead in its technology by introducing this product in offices well before computers were introduced.

What is the first thing that comes to your mind when I say - “Word Processor”?

In today’s context, Word Processor would refer to Microsoft Word or a similar application by which we can input words in the computer. Before computers, as we know them today existed, a stand-alone device used to input, edit and format text was the “Word Processor”. This time I shall be talking about this special device with reference to its history and the current standing.

In Japanese Word Processor is called as Wa- Pro (Wa- Pro Senyouki- ワープロ専用機).  For the countries that made use of alphabets, typewriters were a perfect option to input and print words. Since we use Kana (Hiragana, Katakana) and Kanji to write in Japanese, the use of typewriters was proving to be difficult for Japan. Early models of typewriters, based on the alphabetic typewriters, would have one key connected to several Kana and Kanji at a time and required a complicated Shift system to input words. These keys would not convert Kana into Kanji as we see in today’s systems and hence the Japanese Character Typewriter would have almost 2400 keys at a time. The person operating the typewriter would be searching, using the Shift system and then choosing the correct key from among 2400 keys. 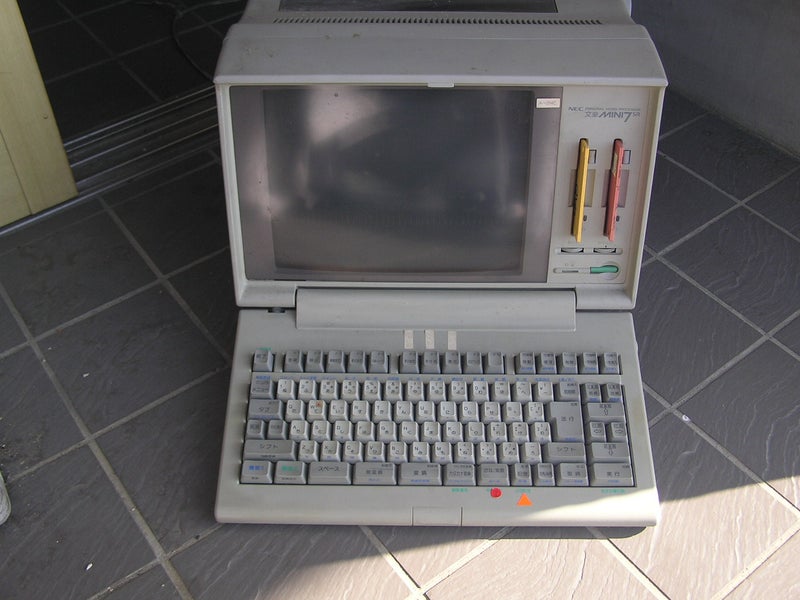 When computers were introduced in second half of 20th century, the demand of typewriters ceased mainly because of flexibility of computers in formatting and editing the text. While countries using alphabet system had no problem in shifting to the computers, Japan had to devise how to input Kana and Kanji in the same manner. Compared to the alphabets which are lesser in number; the larger number of Kana, Kanji and choosing the correct Kanji made it difficult to input the characters correctly. When first general version of computer was released in 1964, the product had several difficulties in Japan.

In 1978, Toshiba introduced “JW-10” as the first Japanese Wa-Pro. From 1974, Toshiba in collaboration with Kyoto University was researching “Morphological Analyser” i.e. program to convert Kana into Kanji. It was only after 4 years of hard work were they able to release the product in the market. Although Sharp had introduced their prototype version of Wa-Pro, at the whopping price of ¥ 63000000, the product was not made for sale, hence making Toshiba to be the first company to have a working Wa-Pro in the market. 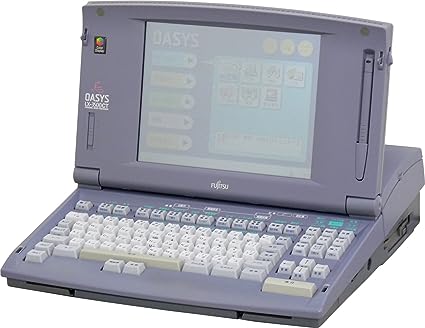 After 1980, several companies went on to produce newer and improved versions of the product. This included variety in types (Business use or Home use type), products with competitive prices and smaller sized version which can be transported or carried easily. In 1981, Sharp brought “Shoin WD- 3000” with liquid crystal display and software that enabled the user to change individual Kanji. Similarly, in 1982, NEC introduced “VWP-100”, the first voice enabled input Wa- Pro device. Even with introduction of computers, the diffusion of Wa-Pro did not stop, with launch of device that could connect to computers and modems by Fujitsu in 1986.

With the Wa-Pro, came the Wa-Pro Kentei (ワープロ検定), examination devised to asses one’s speed and accuracy in typing while using the Japanese Wa-Pro. In total, there are 7 levels to the examination with tasks varying in speed, accuracy and type of document. For example, Level 4- Speed Task, the examinees would type a document with 23 ~ 26% of Kanji, allowance to make 1 mistake in a basic business document. The candidates would need to type 200 characters to pass the exam.

Although Wa- Pro spread in the market with alarming speed; it had a direct competition with the computer based word processing program. With the introduction of Word Processing software and in order to avoid two different types of systems, Wa-Pro was incorporated into the word processing software. In 1983, Just System introduced what would be Japan’s biggest word processing software- “JS- Word”, the predecessor to the modern “Ichitarou”. It is interesting to note that Word or Ichitarou both use a type of IM, I.e. they do not convert Kana into Kanji directly. They make use of Romaji, typing in alphabets which are then subsequently converted into Kana and then Kanji.

One of the industries where a type of Wa-Pro is still active is the “Live Subtitle Writing”. This refers to the subtitles on news, sports and informative programs that are airing live. Hence the subtitles are written as the subtitler listens to the piece and simultaneously writes it in real time. This is also known as Steno Captioning. The type of Wa-Pro system that is used for this is known as Steno Waado (ステノワード). If you look closely, the Steno Waado has only 10 keys with which the captioner can write almost any word under the sun. The key to live subtitling is immaculate speed and accuracy.

So, has Wa-Pro survived all the technological developments throughout these years?

For that let us first discuss the merits and demerits. Wa-Pro is one of the first all in one device- you can input, edit, format and print documents. It enables the user to be speedy and accurate in writing long articles with minimum mistypes in Kanji. It has all the 50 sounds and character on the board. It develops a list or dictionary of the commonly used words. You can also use words, characters and fonts that are usually not available in default settings.

Unfortunately there are 2 main reasons for Wa-Pro not being able to maintain its foothold in the industry. First being the lack of necessity of a stand-alone input device. With the development in technology in computers and Input Methods, Wa-Pro has become quite out-dated and the term itself has been replaced by “Word Processing Software”. The other reason we can observe is due to its lack of necessity in alphabet using countries. Since Wa-Pro was developed mainly as solution to Kana Input problem, other countries did not face the same problem and hence Wa-Pro hardly got international recognition.

By 1990, with the dispersion of high speed internet and rise of personal, the production of Wa-Pro started to lose its pace. Finally in year 2000, systems supporting Wa-Pro reduced drastically and gradually the production for Wa-Pro finally stopped. Since nowadays Wa-Pro refers to MS Word or other similar programs, several blogs had noted that most of young people don’t really know about this device. For others it is a nostalgic device that shows how fast technology can develop within a blink of an eye.

I hope you find the article informative and fun to read.