Instant Noodles has been our go-to food all the time- whether you are a college student looking for late night snack during study sessions or for people living alone who are tired of doing dishes. Today I shall be writing about Nissin who invented first instant noodles. Let’s discuss about founding of this magical product and how a pack of noodles can inspire you.

Nissin Foods is a company specialising in instant and convenient (ready to eat) food products. The idea for products started in 1948 with the invention of first ever instant noodles and formally established as a company in 2008. The word “Nissin” comes from the Japanese phrase coined by the company’s creator late Mr Andou Momofuku which can be loosely translated as “Creating pure and rich taste day by day”.

Mr Andou first came across idea of producing instant noodles because of the aftermath of World War II. After the war due to the influence of American troops, he noticed change in food lifestyle in Japan- bread was being favoured more than rice or wheat products. This was mainly because of the surge in the prices of rice and the sale of wheat being limited. Mr Andou who was then working with Japanese ministry for creation of balanced and healthy food products, suggested for noodles based foods rather than rice based ones where people would still have enough intake of carbohydrates. After his exit from the previous job with ministry, he returned to Oosaka where he converted a small room in his house for research in creating noodle dish which would be tasty, can be preserved, would not require much trouble to cook and would be affordable. 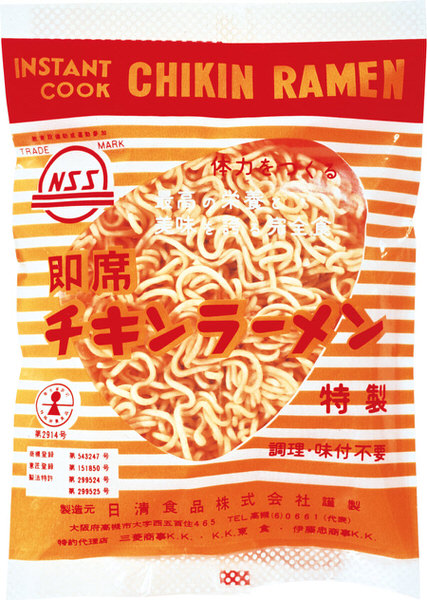 For 1 year, through rigorous trial and error Mr Andou experimented with variety of techniques to ensure tasty and well-made noodles. After getting a hint from Tempura (battered and fried fritters), he found that quick frying the noodles at high temperature would help in preservation. Several prototypes later, the first pack of instant noodles was born. When the first shipment of the noodle packets was sent to American troops as tester, the product became instantly popular and soon the company could not keep up to the demand. The cup noodle form was created when to Mr Andou’s surprise; American troops would make the noodles by adding hot water in the packet itself. By 1966, the cup noodle form of instant noodles became available in every supermarket and convenience store in Japan. Although initially the price of the noodles was high (35 Yen) compared to fresh noodle products (25 Yen), with the steady increase in production the price also came to be adjusted. One of the famous incident that gave instant soar in the sale as well as popularity of cup noodles is when a police officer was captured eating on live television.

Since then Nissin has not looked back. The variety in flavours, use of different type of noodles, creative process behind each item, concepts used for each set of products- the portfolio of the company is unmatched. However like all companies, Nissin has seen warm summers and harsh winters as well. If we glimpse through the history of the company, we can find many instances to inspire us during this uncertain and bleak period. Here are just some of them:

Creation of instant noodles was revolutionary. With no blueprint of previous similar products to rely on, no research equipment or a team of experts for support, Mr Andou decided to pursue the venture despite the situation looking quite uncertain. And after numerous trials, unsuccessful prototypes, critique from others he persisted relentlessly. While being the first one to do something is definitely not easy, don’t be afraid to try out new things. 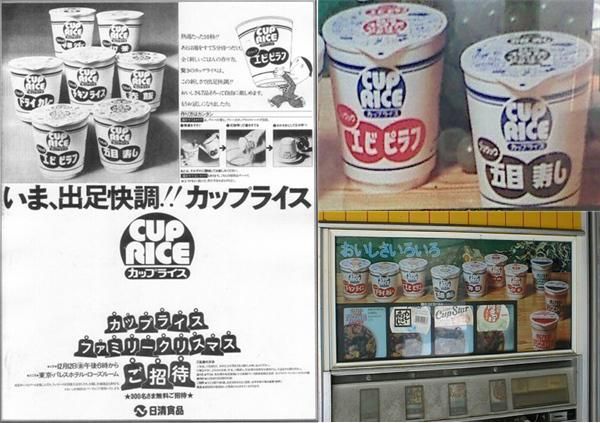 In 1974, Nissin presented “cup rice”, rice variant of the instant cup noodles. Initially when the product was presented to several members of ministry and experts in food industry, they were all praise. However the sale of the cup rice very low due to the price point and despite the company trying its best, the product had to be ultimately scrapped. Years later, Nissin released the reformed “Cup Rice” by improving on the aspects that had led to previous low sales. While failure is unavoidable, the best we can do is to not be scared and try again. In order to pull in interested customers; Nissin has always used interesting campaigns. UFO themed noodles, introduction of adorable chicken mascot, using popular anime characters, creating unique storylines through commercials are just few examples of ideas used. Creation and conceptualization of products is a serious subject and food industry is extremely competitive, but it’s also important to have fun and genuinely enjoy the products you make.

“Hungry (ハングリー) thinking” indicates struggle of an individual to overcome unfortunate circumstances by working hard and becoming successful. Nissin’s recent campaign “Hungry Days” reflects the same- the company’s initial struggle, facing stressful competition, difficulty in producing new concepts and most of all, persistence to keep consumers happy. The campaign aims to motivate consumers to keep working and moving towards success.

I hope you enjoyed reading the article and found it interesting. Let's do our best to overcome difficult times.