These fluffy, cute and soft characters are actually an excellent marketing strategy.

Have you seen Hello Kitty trains or Pikachu theme aeroplanes and wondered why they are planned to have character designs on them? Or have you noticed that the anime themed items such as figurines, lunch boxes and stationery sell better than the usual, just plain coloured items?

This is because the items are designed with characters or mascots to help in promotion for sales. The mascots not only help in devising a recurring theme but also develop a cult fan following for the company or product itself.

In early 2000s, illustrator and critic Jun Miura coined the term “Yurukyara” (also written as Yuruchara) for mascot or characters that are created with the purpose of promoting a place, region or an event. The word “Yuruchara” is shortened form of “Yurui Mascot Characters”, which mean “Soft” mascot characters. They incorporate motifs or designs that represent the culture, local produce or speciality of the said region. The main job of the mascot is to introduce the local culture and produce and act as promoter in campaigns. Not only do the mascots invite tourism but also help to stimulate the economic growth and spotlight the unique features of the region.

According to the trends seen in development of Yuruchara, there are three conditions that the mascot should fulfil:

· Should be unique, awkward or unstable (?) in their movements

· Should give an image of being adorable and lovable

Additionally, other conditions such as “convenience in conversion to plushies”, “characters that just invite laughter” or “characters that joke around a lot” were also included. The main point of the character is not only the promotion but also making people feel better and giving off a “Kawaii” (Cute) feeling.

The main condition to stand true to being yuruchara is the support in developing interest among people for the prefecture or region. To do this, the mascot should ideally appear approachable and lovable in the eyes of general population. Rather than having mascots which mimic humans, majority of characters are based on an animals, popular dishes or famous products of the respective prefecture with rounded bodies and goofy but unique features. The features that make the yuruchara lovable among general population are cute design, easy to approach, healing to look at, easy to understand, makes people around them smile, pureness and goofy image.

You can find yuruchara participating in state or local events, in person (where you have a human dressed as the character) to help pump up the crowd or appearing in animated form on television and videos.

In 2010, the first Yuruchara Grand Prix was initiated, where voting was held to determine the most popular mascot. In addition to the competitions, large mascot gatherings are held to help promote and bring together yuruchara from different prefectures. Although usually ending in chaos and leading the audience to roll with laughter, you can watch multiple yuruchara gather and interact at several local events.

Merchandise related to yuruchara is usually stuffed toys, character lunch boxes, stationery, keychains, bag strap accessories and stickers for Line messaging app. Some yuruchara have released albums and have had appearance in video games. Popular yuruchara may also appear on television programs, concerts and have trains or other public vehicles designed after them. Majority of characters have active twitter, instagram accounts as well as Youtube channels!

Majority of yuruchara can be divided to 3 broad categories- cute style, traditional Japanese style and plain weird style of characters. Since we are just getting used to the idea of yuruchara, I shall be introducing few of the popular characters:The Cute Edition- 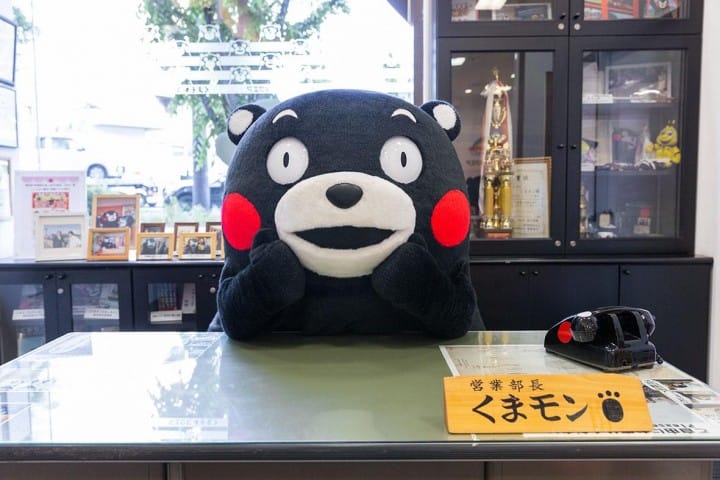 Kumamon: One of the most popular yuruchara as well as winner of 2011 Yuruchara Grand Prix. His name is a play on the prefecture he represents- Kumamoto. His personality is described as mischievous and lovable. Kumamon has had trains with his design and managed to generate 123.2 billion yen in just 2 years after his introduction.

Hikonyan: Hikonyan is a mascot created to promote Hikone city in Shiga Prefecture. The story goes that a feudal lord was saved by a white cat, which beckoned him to seek shelter from a storm in a temple and saved his life. Hikonyan’s samurai helmet is based on the Li Family Helmet of Hikone Castle. His name is also a play on words; name of the prefecture- Hikone and Japanese word for cat’s meow sound- Nyan. 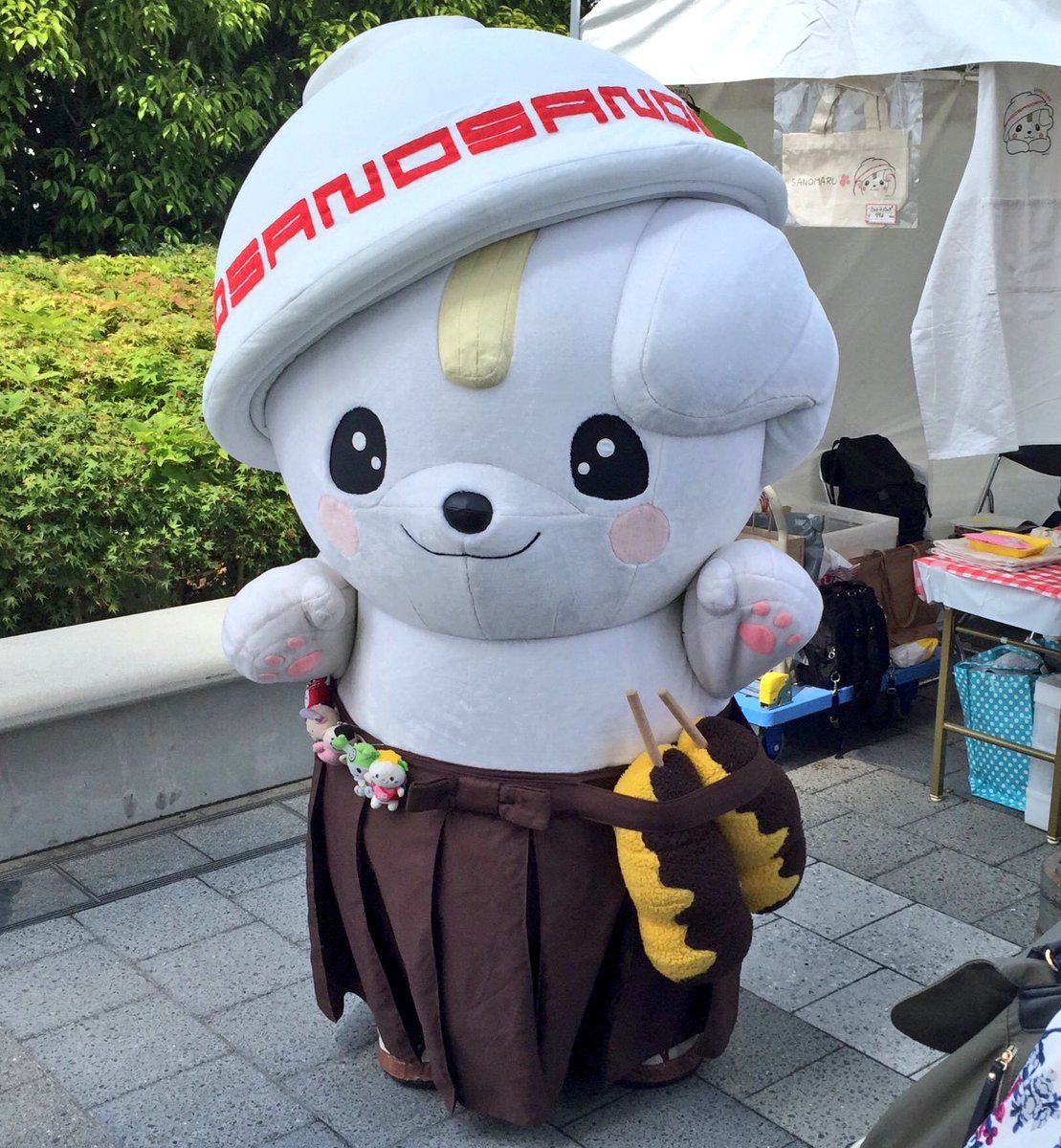 Sanomaru : Sanomaru is mascot for Sano city in Tochigi prefecture. The character looks like a dog, wearing a Ramen bowl on his head with fried potato tucked in his hakama, which promotes the city’s famous Sano-Ramen with Potato fries in special sauce. 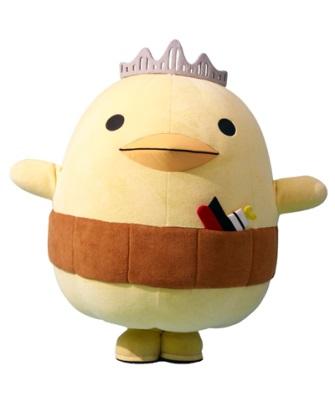 Barisan: Mascot for Imabari city in Ehime Prefecture. The character gets its name from the city itself and is designed to be a bird, likely a chicken. On its head is the famous Kurushima Bridge, structered like a crown. Since Imabari’s main produce is towel, Barisan aslo wears a Haramaki, a style of wrap for your stomach. 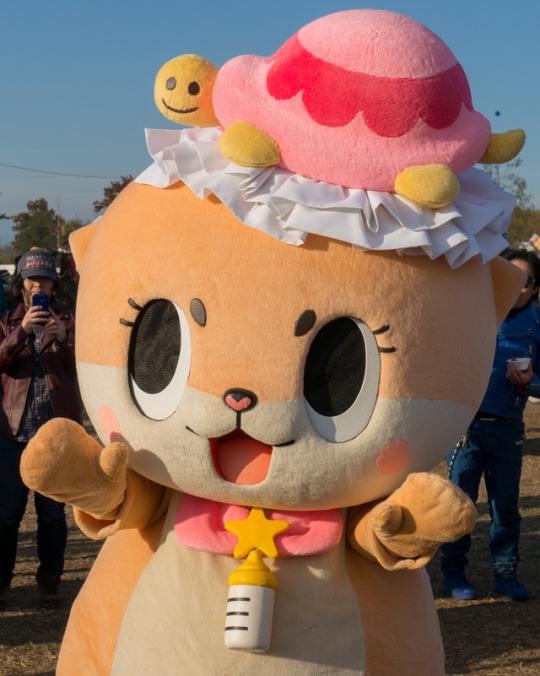 Chiitan: Chiitan is the unofficial mascot of Susaki city in Kochi prefecture. It is designed after the rare Japanese otter and wears turtle as a hat. Chiitan’s popularity comes from the famous Youtube videos, where Chiitan tries to complete various tasks with “moderate success”. Occasionally the tasks are dangerous and clumsy, but watching Chiitan’s videos will surely make you laugh with its antics.

I hope you enjoyed reading about Yuruchara. I shall try to put up a second part with other styles of Yuruchara as well. I had a lot of fun reading about the characters and Chiitan’s videos made my week!