When we talk about Japanese food, it is impossible to not talk about Ohashi or Chopsticks. Let's learn a little about Ohashi and wonder why ohashi are always set horizontally on the table.

Chopsticks are an integral part of Japanese cutlery, with its use centred mainly in East Asia. A single pair of chopsticks is comprised of 2 long sticks of same length and uses a pinching motion to grab food. They can be made of wood, bamboo, metal, plastic and even ivory in olden times. Only one end of chopstick touches food, hence they have a front and a back end. The front touches the food and is tapered to make the picking up action easier. The back end of the chopstick is thicker to make it easier to hold. When put together, the back ends of chopsticks usually form an image or design or may have same coloured ends so that a pair is easy to distinguish. 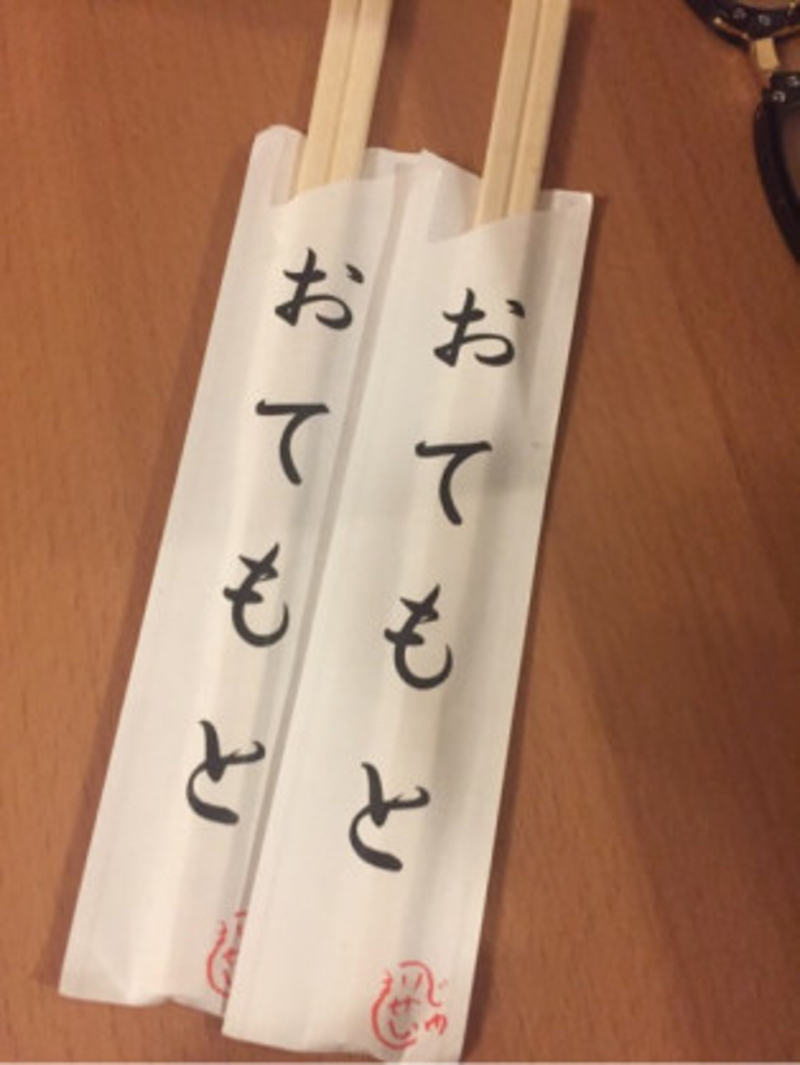 Chopsticks in Japanese are called as Ohashi (written as お箸). They may be written as Otemoto (お手元) on food delivery bags of traditional Japanese restaurants. One of the types of Ohashi is the Waribashi (割り箸), the disposable ohashi in which the chopstick are split by hand when you are ready to eat. Other types of Ohashi include- Rikyuubashi which is tapered at both ends and usually seen in multi course meals. Kuromoji produced in Yamano city is used with traditional Japanese sweets and as decorative skewer. Saibashi is a long pair of ohashi used for cooking. Agebashi is made of metal and connected at the back ends with a cord. It is used to make Tempura.

Japan, China, Singapore, Vietnam, Korea, Taiwan, Mongol, Cambodia are only few of the countries that use chopsticks as their main tool in cutlery. In Singapore, many use flat and wide spoons with chopsticks for having soup or rice. The metal version of chopsticks, Jeotgarak are popularly used with metal spoon in Korea. However, Japan may be the only country where Ohashi are used to have soup as well.

It is thought that when the early man learnt to cook with fire, sticks of wood, thin branches would be used to stir or pick up hot food. Soon the sticks and branches were refined in shape by whittling. Although it is difficult to pinpoint the exact year or era in which Japan started its use of Ohashi but the earliest written record dates back to 3rd Century in the book Nihonshoki where Japanese people have been described as using Ohashi. It is also said that among the traditions and culture that travelled from China to Japan in 7th Century, Hashishoku (literally: chopstick food/meal) was one of the prominent ones.

It is also said that roots of Ohashi lie in Shinto religious rituals which used a single stick bent in the middle to create a pin set or tong-like tool. Many Japanese officials sent to Tang Dynasty (year 618 to year 907) for learning about Chinese civilization observed the locals using similar tools to have daily breakfast.

In comparison to Chinese or Korean chopsticks, Japanese Ohashi are thinner and more compact in shape. Mainly made out of wood, one of the reasons for shorter and more compact design of Ohashi is the table manners in Japan. In Japan, dining table would be set in a way where members can have easy access to all the dishes without the need to reach over the table. The okazu or side dishes may be served in smaller plates so that one can easily grab them. In addition to this, narrower design also enables the user to pick out small bones of the fish, which is one of staples of Japanese food.

There is also the concept of “myhashi”- having your own Ohashi which is not used by other members of the family. You can think of it as your coffee mug or favourite spoon. When picking up food from common pot, pan or okazu dish, you can use toribashi or use the opposite side of your ohashi.

How do you find out whether your ohashi are the right size for you?

You can judge whether an ohashi is perfect fit for you by its length, thickness, heaviness and ease with which you can hold it. You can use this general rule for choosing ohashi- measure your hand from end of your palm to tip of your fingers. Add 3 cm to this measurement and now you have the approximate length of the perfect pair!

Have you ever wondered why Ohashi are always kept horizontal when setting the table?

There are two main reasons for this. First, if any end of the ohashi is kept pointed at the person sitting on the opposite side of the table, this position may be rude to the person. Second, the culture of using ohashi came from Shinto rituals. In Shinto religion, food is taken as sacred and similar to Indian ideology, has presence of god in it. Which is also the reason why we say “Itadakimasu” (I humbly receive) in gratitude before food and use ohashi to pick up the food. The horizontally kept ohashi acts as barrier among us, the human world and the realm of god’s blessings (food). The horizontal position denotes respect and gratitude towards food. 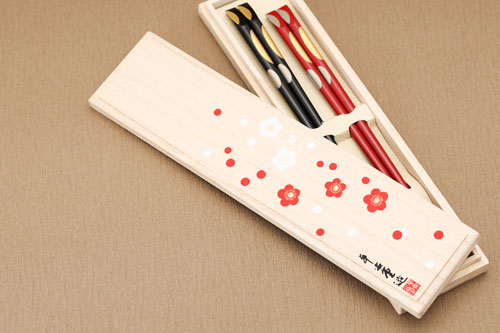 Did you know that Ohashi can also be a great gift for married couples? Meotobashi is a set of Ohashi that has 2 pairs in it- one for the husband and one for the wife. Popularly gifted as wedding or wedding anniversary present, the item itself is a play on words hashi which means chopsticks as well as bridge, denoting that the gift may become a bridge of happiness between the couple.

I hope this article was informative for all the readers who may not be familiar with history and use of Ohashi. You can read up on methods to hold the ohashi and general table manners to be observed on variety of websites for more information. Thank you for reading the article and I hope you had fun.